Continuing Resolutions Keep Continuing: Where to Find the Pockets of Opportunity 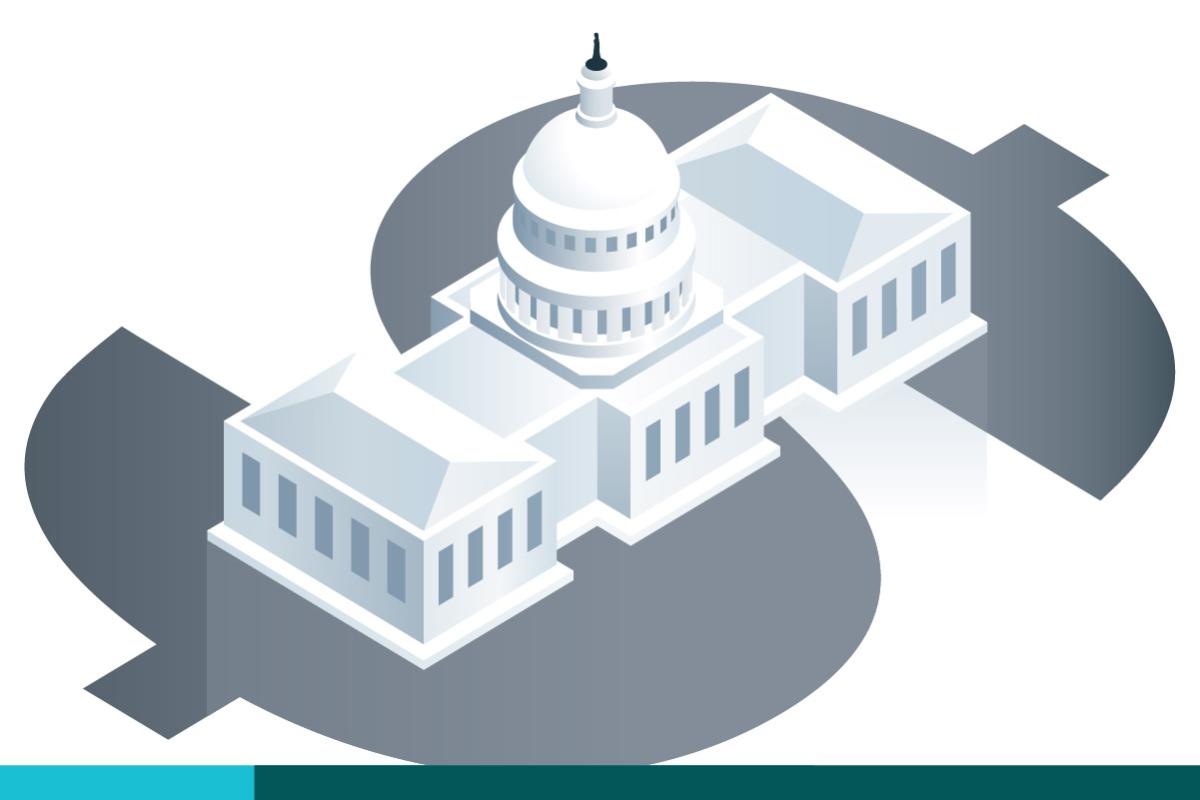 On September 30, Congress and the White House passed a Continuing Resolution (CR), which funds the government through December 16, 2022. At this point, anyone keenly watching the budget process every year can tell you the likelihood of a CR being passed as opposed to a new budget by Oct 1st is all but guaranteed. CRs function as a temporary stopgap designed to avoid a government shutdown. However, it also locks funding to the previous fiscal year’s level and prevents new projects from beginning. Projects then remain under operations and maintenance until a new budget, with new requirements, is passed.

We’ll explore where the opportunities are still for vendors based on agencies that continue to spend in those early months of a fiscal year. There will continue to be funding, but at what level, and how does that affect contractors looking for more opportunities in their market? If your company is on a contract and working, you’re good to go at the same funding levels. If, however, you’re looking for new opportunities, it’s a bit trickier.

Trickier doesn’t mean impossible. The positive side of ramifications of a continuing resolution often include the following:

Our analysis of past government procurement data shows that continuing resolutions haven’t prevented mission-critical pursuits from continued development, particularly in cybersecurity. Therefore, aligning your efforts to those customers proves that even in a time of “stalled” funding, not everyone is short on opportunities. Also consider that FY22 was a record year for federal information technology (IT) spend so being locked in at FY22 levels isn’t so bad.

It's also worth examining the third point further, while a CR prevents new projects from beginning, there is wiggle room when it comes to the idea of “reprogramming” dollars. Agencies often move funds around within accounts as needs shift, and as a matter of budgetary need. Doing so without specific statutory authority from Congress is illegal but there is some level of flexibility. Prohibitions against reprogramming funds within an appropriations account, however, vary among agencies, as there are no government-wide reprogramming rules.

One recent example is an Air Force request that was approved for the reprogramming of funds for, “$81 million to fund increased costs for utilities.” Their reasoning was tied to recent inflation hikes, citing “Increases are due to higher costs as a result of escalating prices that are outpacing budgeted pricing factors due to global supply/demand factors.”

Reprogramming happens often, so staying abreast of your customer’s flexibility and past tendencies with reprogramming dollars, in the early months of the fiscal year, proves to be a solid strategy even during a CR. This is especially relevant if your solution addresses a critical need.

The passing of a CR can bring with it an initial sense of discouragement for the lack of a new budget and inability for agencies to start new projects. There are still opportunities when a new budget is not passed, especially within certain agencies. It’s not an all-or-nothing game with the federal government. Instead, you just have to know where to look and how to approach the money that is reprogrammed, moved around, or deemed essential regardless of when a budget may be passed. Who’s to say when that might happen again?

About the Author:
Susanna Patten is a senior analyst on the DLT Market Insights team covering tech domain centric trends across the Public Sector. 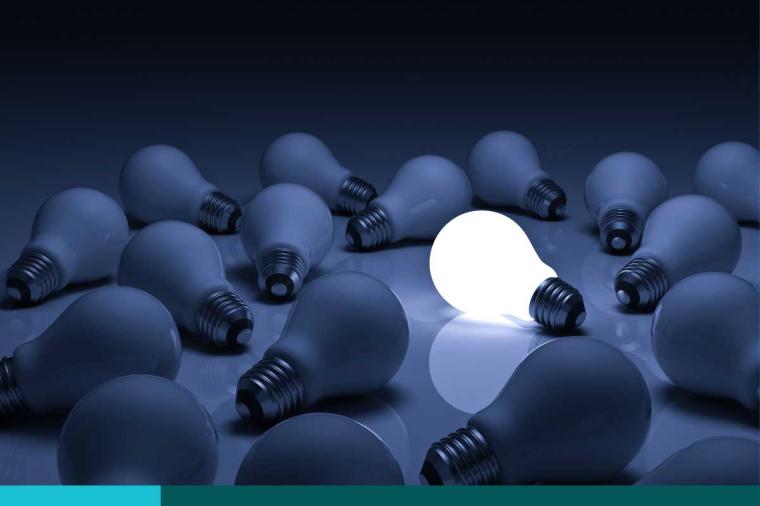 State and Local Outlook: Over the Horizon Opportunities for FY23

2022 is ending, and it is time for U.S. public sector leaders to reflect on lessons learned while planning for the upcoming state and local government fiscal year-end. This year’s NASCIO Annual Conference highlighted the post-pandemic technology trends and challenges that are defining 2023 policy agendas and the future of technology acquisitions. The conference referenced the State Chief Information Officer Survey which assessed state CIOs’ thoughts on a wide array of topics that affect their roles as public sector technology and business leaders in today’s modern world.
Yvonne Maffia 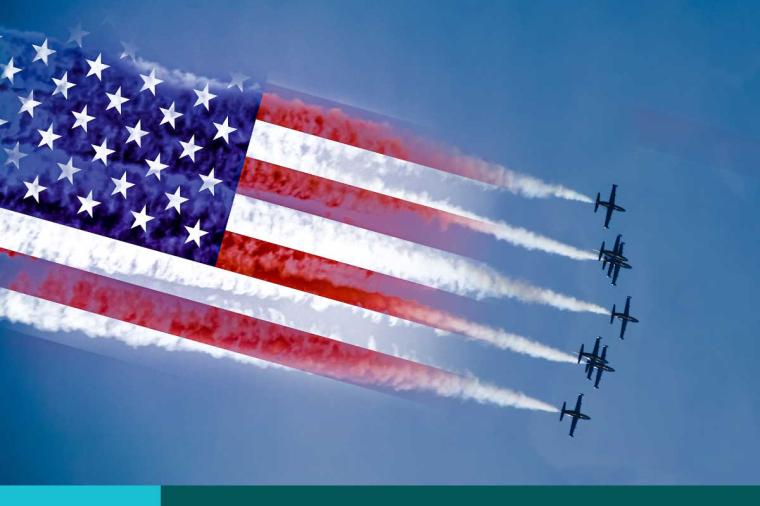 Interoperability and the Air Force

“We must find fresh ways to connect forces, allies, and partners that provide an effective response to the challenge of a highly contested environment not seen in the last 20 years. Given the challenges we face today and in the future, we simply have no choice but to become more interoperable,” said General CQ Brown JR., U.S. Air Force Chief.
Toan Le 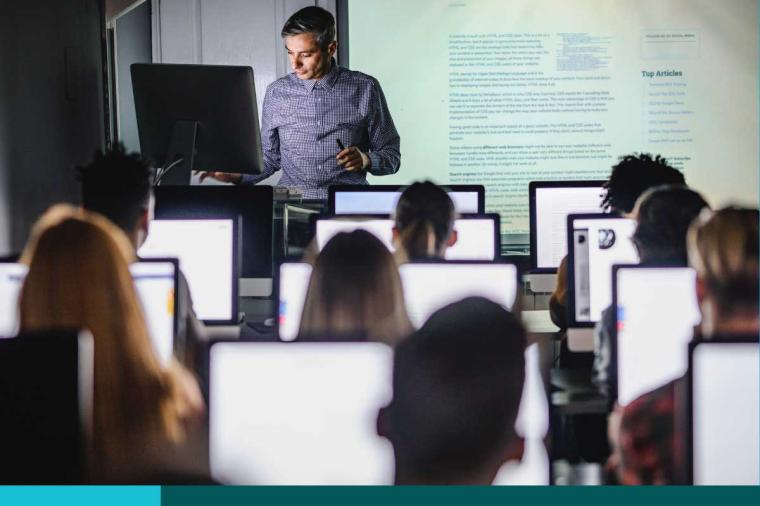 2023 Higher Education Technology Outlook and Over the Horizon Opportunities

This year’s EDUCAUSE Annual Conference highlighted trends and challenges currently dictating not only policy agendas but also information technology (IT) acquisitions for years to come. In particular, the conference referenced the EDUCAUSE Horizon Report, which addressed key technology trends and priorities impacting IT buying decisions and more generally, the future of teaching and learning. FY23 Top Priorities
Yvonne Maffia 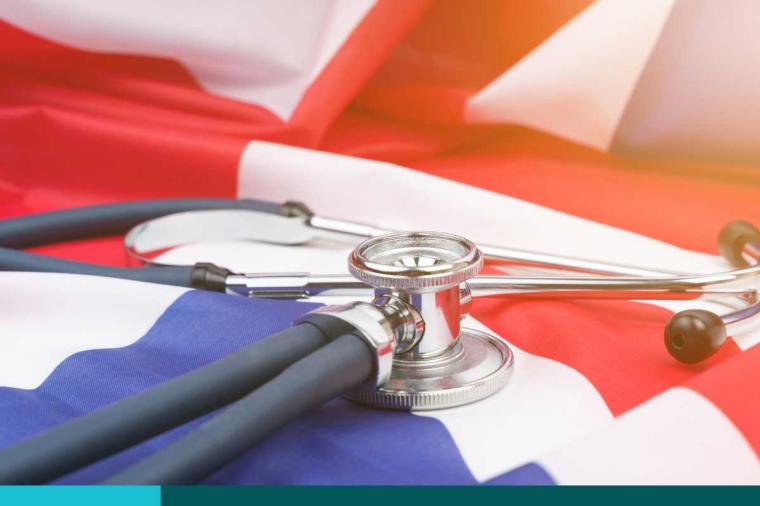 Interoperability for the Department of Defense (DoD) and Defense Health in particular speaks to the idea of information being more easily shared across systems. Technology vendors and channel partners who emphasize interoperability in the tools and solutions they sell to the DoD can find success anywhere in this vast department, from the warfighting side (for example, see our blog on Air Force interoperability) to the world of defense health.
Toan Le 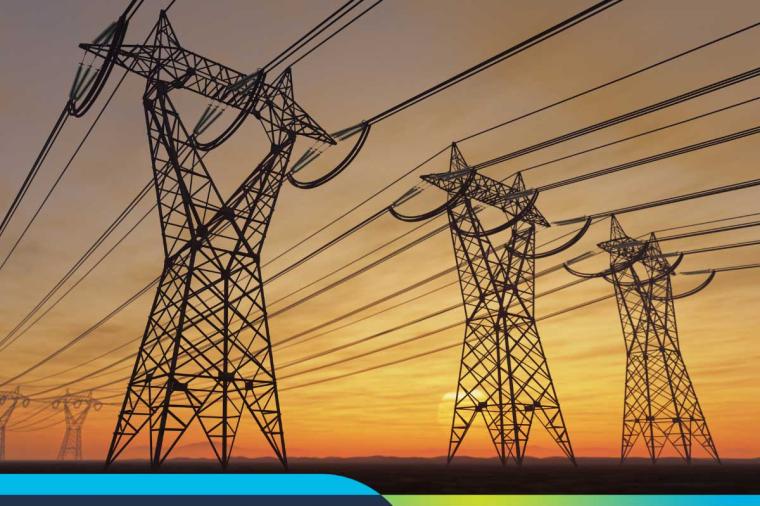 Grid Modernization Dollars are Coming: What it Means for IT Vendors?

The U.S. electric grid is critical infrastructure consisting of an ecosystem of communities, stakeholders, governments and economies. Most of the grid infrastructure was built decades ago and is unreliable. Bad actors know it. In 2015, Russian hackers carried out the first successful cyberattack on the nation's electricity grid, which was just one of an ongoing series of security breaches and attacks on US infrastructure and utilities.
Yvonne Maffia 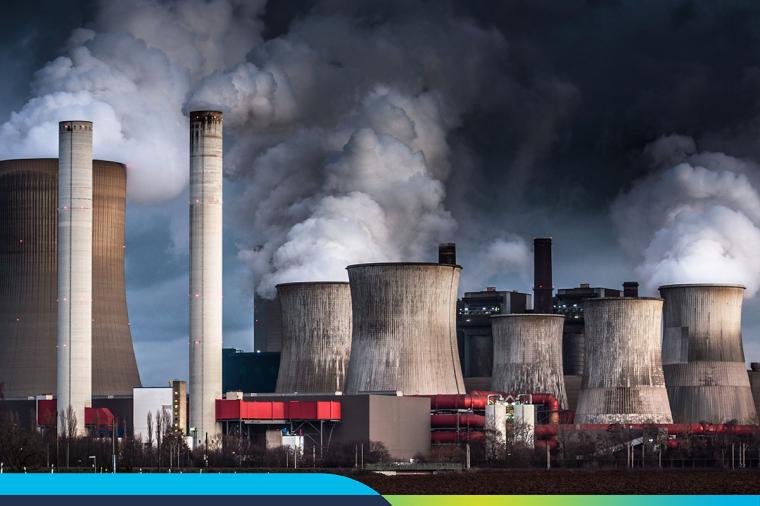 The Zero Trust Journey: Spotlight on the Environmental Protection Agency

In a recent webinar produced by Federal News Network, the Director of the Environmental Protection Agency (EPA)’s Office of Information Security and Privacy, Tonya Manning, detailed the state of the agency’s zero trust and data handling postures, as well as its latest priorities. We’ll spotlight several takeaways and look at what’s to likely come down the pike for the EPA in the coming months and years. Zero Trust Architecture
Susanna Patten 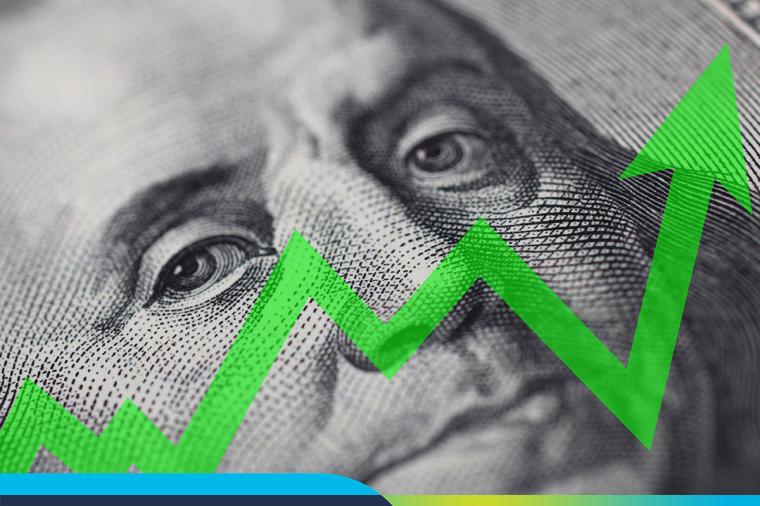 The Inflation Reduction Act 2022: IT Implications for Contractors

This past week, President Biden signed into law the Inflation Reduction Act of 2022. It contains a total of $750 billion dedicated to a number of provisions, including combatting climate change challenges. The legislation itself has been in the works just over a year and directs funds to several initiatives that those in the contracting sphere will want to watch.
Susanna Patten 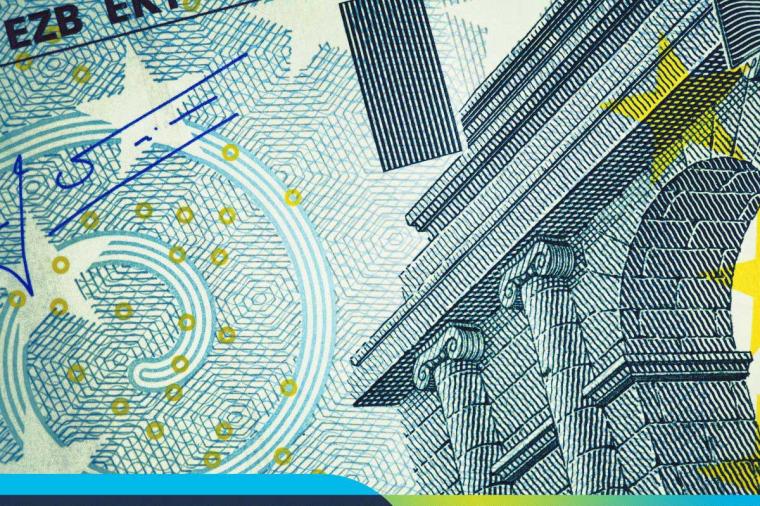 The 2022 fiscal year-end is drawing near for 46 states, which means the time to leverage last-minute opportunities is coming to an end as state, local and education (SLED) organizations set their sights on next year’s budget and priorities. With FY23 just around the corner, SLED organizations will start executing on budget plans and drafting request for proposals (RFPs).
Yvonne Maffia 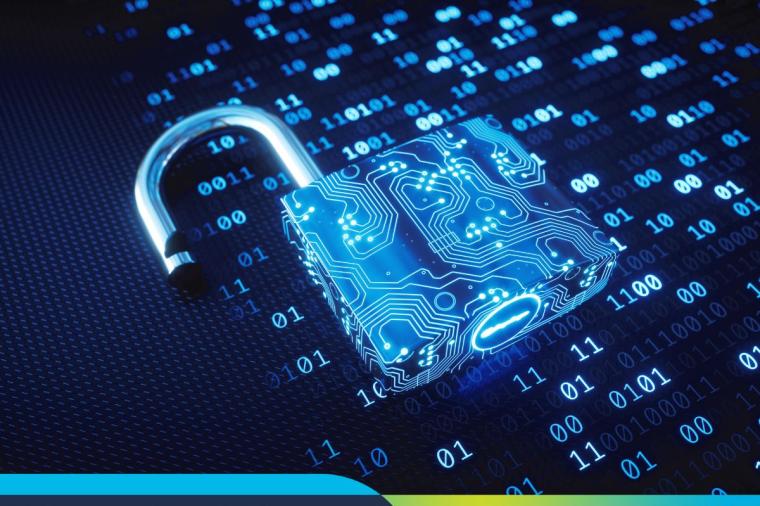 The heightened threat of retaliatory cyberattacks by Russia against critical U.S. IT infrastructure is prompting federal investments in cybersecurity to strengthen its cyber defense posture. The ongoing conflict in the region and the increased targeting of critical infrastructure assets will cause federal agencies to look for ways to strengthen their cybersecurity posture and redefine requirements that address cyber breaches that may occur during the coming months and years as well as drive investments into Zero Trust related tools and threat intelligence.
Dawit Blackwell 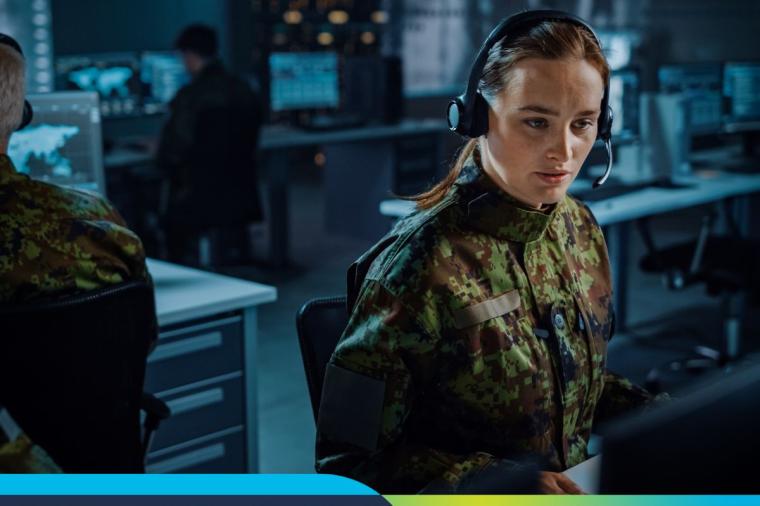 3 DoD Software Modernization Priorities You Need to Know About

"We are making progress. This really is not just about technology. This is about changing our processes changing our approach to delivering and operating technology to IT systems and our cyber mechanical warfare systems as we move forward," said Robert Vietmeyer, DoD Director for Cloud and Software Modernization.
Toan Le 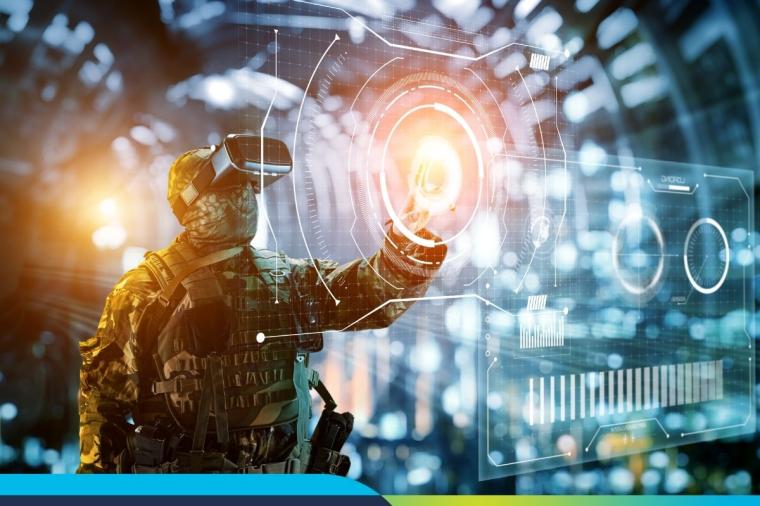 The United States Marine Corps’ Approach to Cloud Delivery: Key Takeaways From the 2022 DON IT Conference

At this year’s Department of the Navy (DON) IT Conference, the U.S. Marine Corps discussed its enterprise cloud delivery strategy and how it is derived from its mission to evolve antiquated networks. Before, a Marine working out of headquarters or a U.S. base would use enterprise systems, applications, and infrastructure, but when a Marine goes out in the field, a new email and identity are assigned to operate from different servers and shared drives. For the Marine Corps, that approach is going by the wayside.
Lloyd McCoy 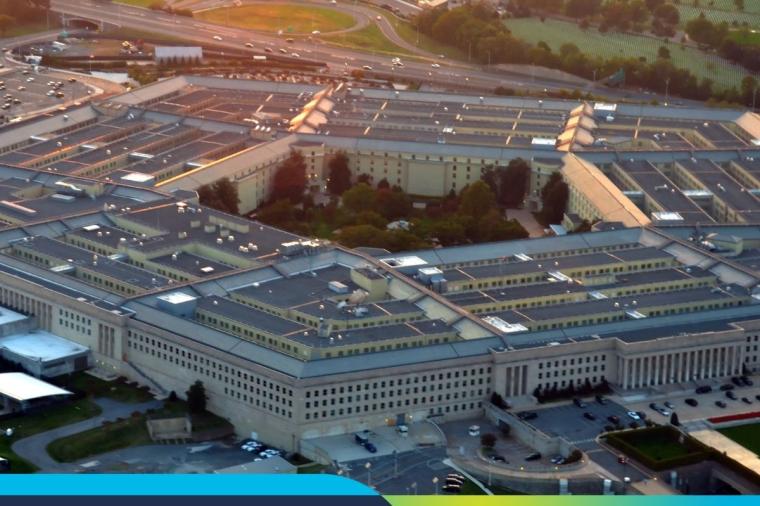 Secretary of Defense, Lloyd Austin III, joined the President this past week in releasing the FY23 budget. With a total of $773B requested for defense priorities, which represents a nearly 4% increase from last fiscal year’s enacted amount, the Department of Defense (DOD) is seeking funding across multiple focal areas.
Susanna Patten 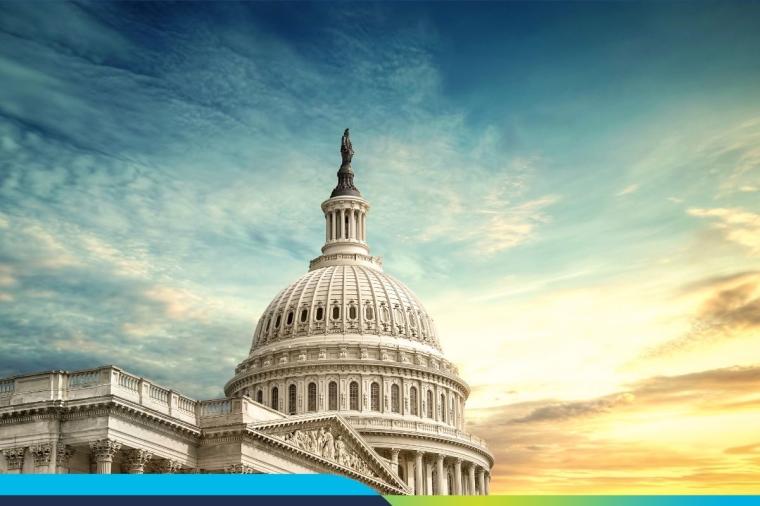 This past week, the president released the FY23 Budget Request. Civilian agencies are set to receive a boost across an array of initiatives including cybersecurity, workforce pay and development, climate science, mental health priorities, as well as infrastructure repair. The following will examine some of the prominent departments across the civilian landscape and the funding set to boost these top initiatives.
Susanna Patten 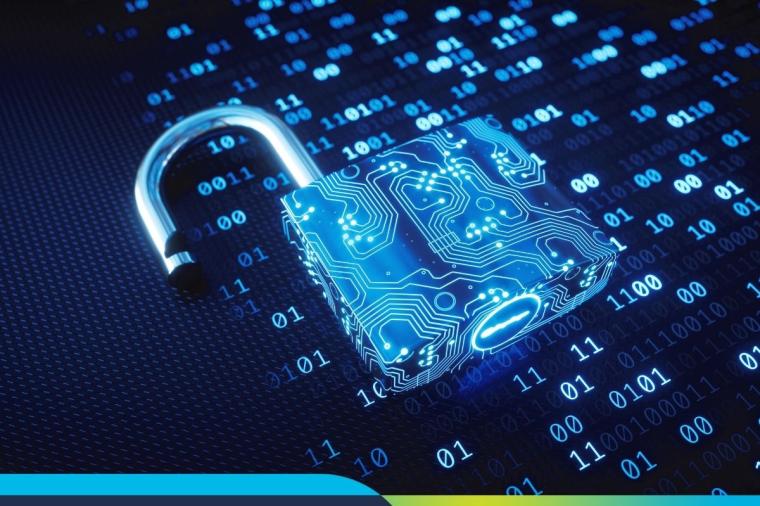 The U.S. Department of the Navy’s Approach to Zero Trust: Key Takeaways From the 2022 DON IT Conference

"Zero Trust is a cybersecurity strategy and framework that embeds IT security mechanisms throughout an architecture that generate metadata used to secure, manage, and monitor every device user, application, and network transaction at the perimeter and within every network enclave." From the Department of Defense (DoD) Zero Trust Reference Architecture v1.0
Toan Le 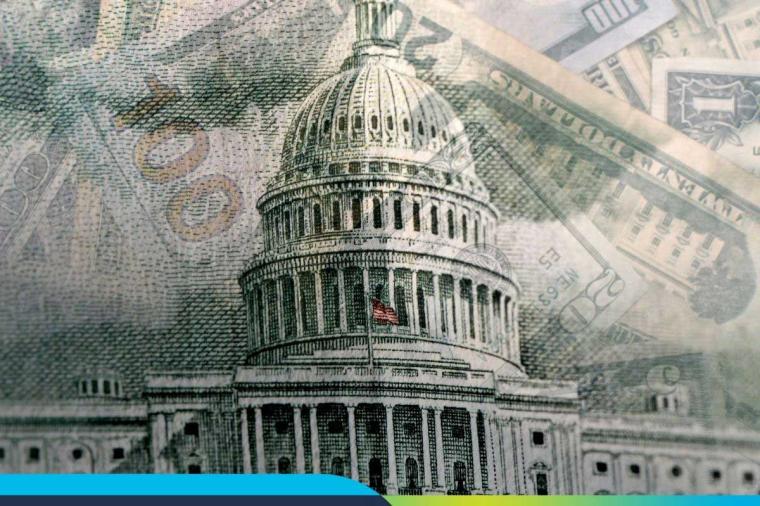 Strike While the Iron Is Hot: Positioning Yourself Ahead of State Fiscal Year 2022/2023

If you have been looking for the right time to sell your technology product or service to the state, local and education (SLED) market, now is the time to act. With thirty-six states beginning their fiscal year on July 1st, now is the time to position yourself to take advantage of a confluence of once-in-a-lifetime conditions that have left the SLED market booming with opportunity. Here are some of the factors driving that opportunity: New Leadership
Yvonne Maffia 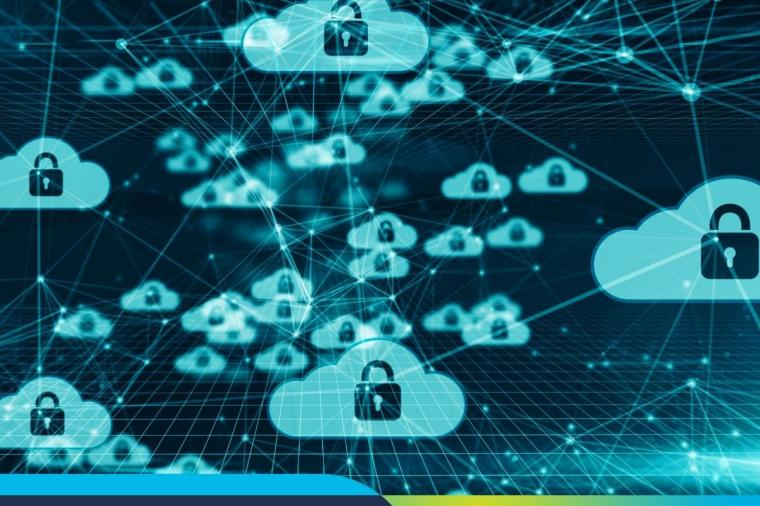 State CIOs Top 2022 Priorities: How Can You Prepare for the Upcoming Budget Cycle?

On December 8, 2021, the National Association of State Chief Information Officers (NASCIO) released its 2022 annual top 10 priorities list identifying the most pressing technology and policy issues that state CIOs are prioritizing for the upcoming year.
Yvonne Maffia 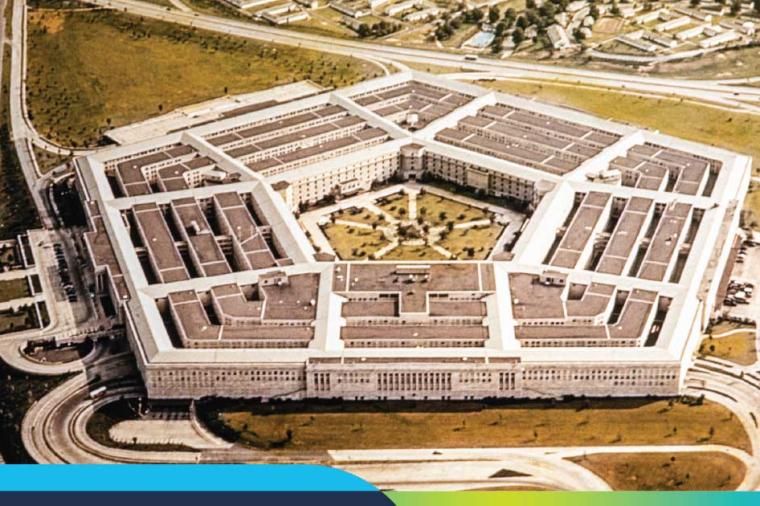 President Joe Biden signed the National Defense Authorization Act (NDAA) for fiscal year 2022 (FY22) into law on December 27, 2021. It authorizes $770 billion in defense spending which is a 5% increase over last year. This marks 61 consecutive years that a bill received bipartisan support from congress (a display of agreement that has become increasingly rare for DC politics).
Toan Le 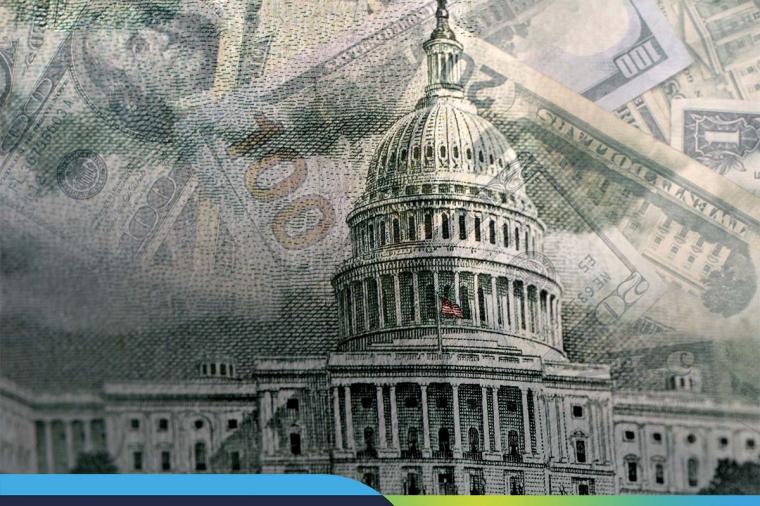 Home Stretch: Tips for Navigating the Last Week of the Federal Fiscal-Year End

We’re in the month of September, the busiest time of the year for those selling to the Federal government. When the dust has settled on Q4 of this federal fiscal year, our customers will have spent roughly $30 billion in “fall out money” on IT. That’s a term for funding agencies and offices will lose if they don’t allocate it by September 30. If an office, agency, or department leaves appropriated funds on the table, they’ll have a hard time justifying why they need the same or higher funding levels the following year, hence the year-end rush.
Lloyd McCoy