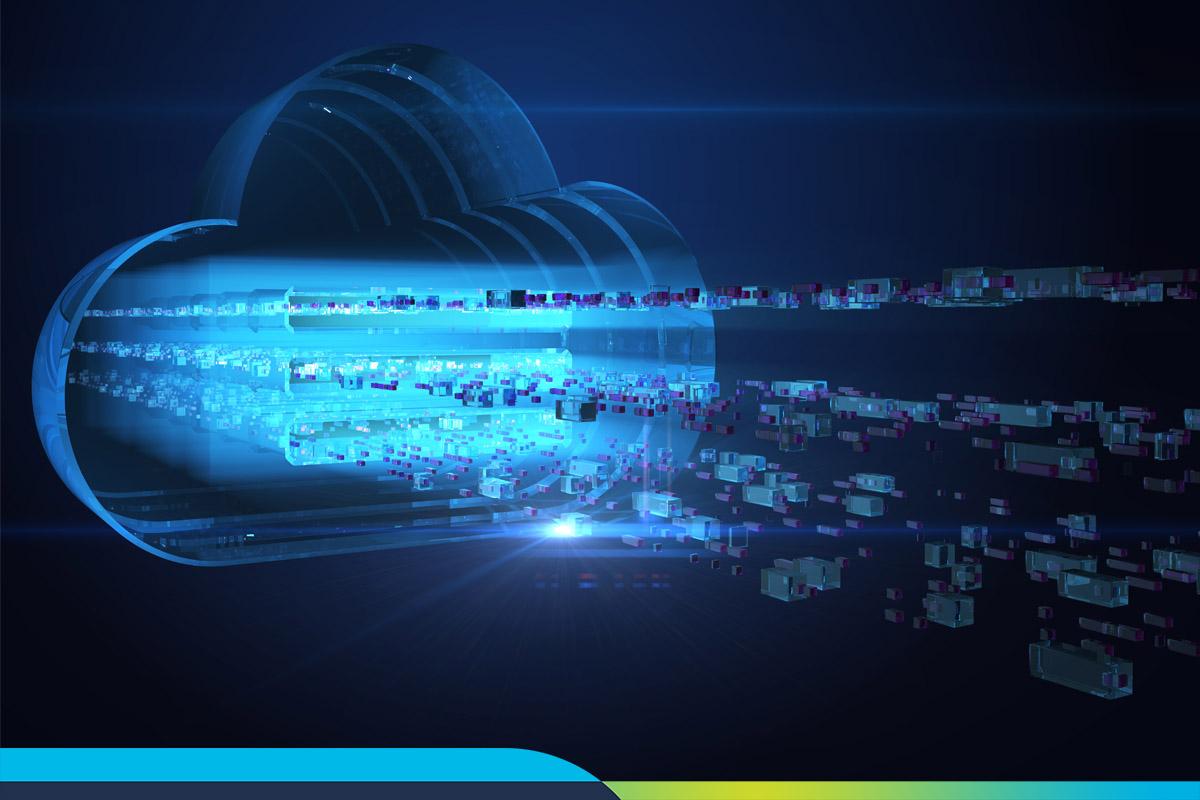 If I asked you which cloud provider had the most experience running Microsoft applications, would you know the answer? You might be surprised. Customers have been running Microsoft Workloads on AWS since 2008 – two years before Microsoft Azure became commercially available. We work in an industry that can sometimes become clouded with competitive statements that can confuse customers and introduce doubt into the decision-making process, but the facts are clear: Windows is truly a first-class citizen on AWS.

Over the past twelve years, hundreds of thousands of customers across all industries have come to trust AWS to run business-critical Windows workloads such as Exchange, SharePoint, SQL Server, Active Directory, .Net apps, and Dynamics. Feedback from customers like Adobe, Autodesk, General Electric, Hess, and Siemens has contributed to the dozens of exciting service releases and enhancements from AWS, including 18 new launches to support Microsoft workloads just in the past year alone. Customers trust AWS to host their Windows workloads because AWS has more than twice as many regions with multiple availability zones, contributing to the fact that AWS had seven times fewer downtime hours compared to Azure in 2018 and 2019.

As we look forward to 2021, I predict that customers will become increasingly interested in leveraging the breadth, depth, and reliability to support their Microsoft-based workloads to achieve three key objectives.

Improve the Performance and Reliability of SQL Infrastructure

The reason that so many customers are able to realize these benefits is the flexibility of deployment options available on AWS. Customers can re-host SQL Server on Amazon EC2 for granular control of deployment options and the ability to fine-tune workload performance. Customers can also re-platform SQL Server to Amazon RDS for Microsoft SQL, leveraging automation and elasticity to cut costs and free up resources for other initiatives. Additionally, customers can also simplify SQL High-Availability with Amazon FSx for Windows File Server, which is a simple, fully-managed Windows File Share that provides high-performance, multi-AZ shared storage for SQL Failover Clustering.

On January 14, 2020, Microsoft ended support for Windows Server 2008 and 2008 R2. Enterprise customers running these workloads now face increased exposure to security and compliance issues. When customers run an operating system that is not supported by Microsoft, they risk non-compliance with industry regulations and take on high costs for extended support. They are often forced to run these workloads in isolated setups because of exposure to security risks. Running end-of-support workloads makes it difficult for customers to migrate to public cloud platforms like AWS. With AWS, Customers can future proof their investments, make use of existing licensing and avoid vendor lock-in by moving their Windows Server workloads to the cloud. By taking advantage of the AWS End-of-Support Migration Program (EMP) for Windows Servers, customers can migrate legacy applications from Windows Server 2003, 2008, and 2008 R2 to newer, supported versions on AWS, without any costly refactoring required.

Customers of every type and size are looking for options to reduce their Total Cost of Ownership (TCO) of running Microsoft workloads while leveraging elasticity, scale, and agility of cloud. With AWS, customers find not only agility and cost savings, but more rapid innovation, higher performance, and greater reliability.

AWS can help these customers reduce their TCO through a variety of tools and features, including:

DLT has a deep understanding on how to successfully deploy Microsoft applications onto AWS.

As the first public sector distributor and premier consulting partner for AWS – DLT can help assess, design, and manage your cloud migration plan for your Windows servers. The cloud team at DLT will ensure accurate cost analysis as well as securing compliance at all times. Contact cloud@dlt.com today to learn how to start your migration journey.

About the Author: Brian Schoepfle is a member of the AWS Worldwide Public Sector Team, responsible for helping AWS Public Sector Partners like DLT Solutions, a Tech Data Company meet the evolving needs of public sector customers looking to leverage the many benefits of the AWS cloud. 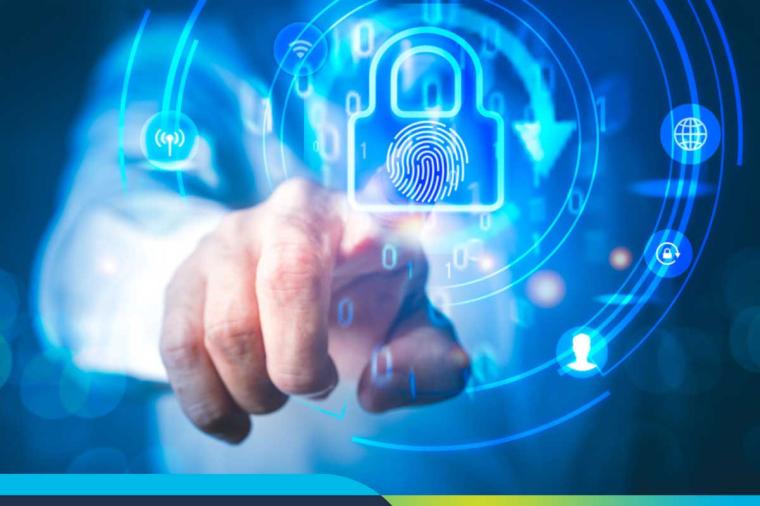 As organizations adapt to hybrid work and more and more cloud services are deployed, new service entities that collaborate and exchange data without human interaction, such as virtual machines and containers, are proliferating. The growth of these service accounts and identities and their increasing volumes of permissions, privileges, and entitlements expose organizations to new attack vectors.
Kevin Tierney 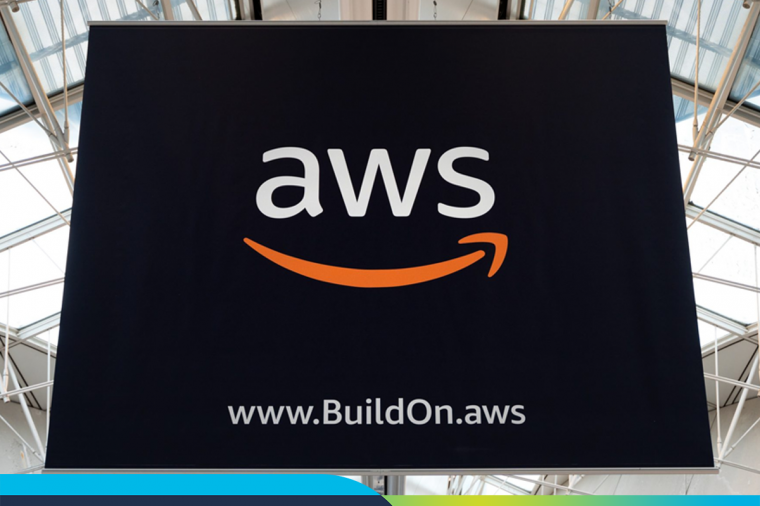 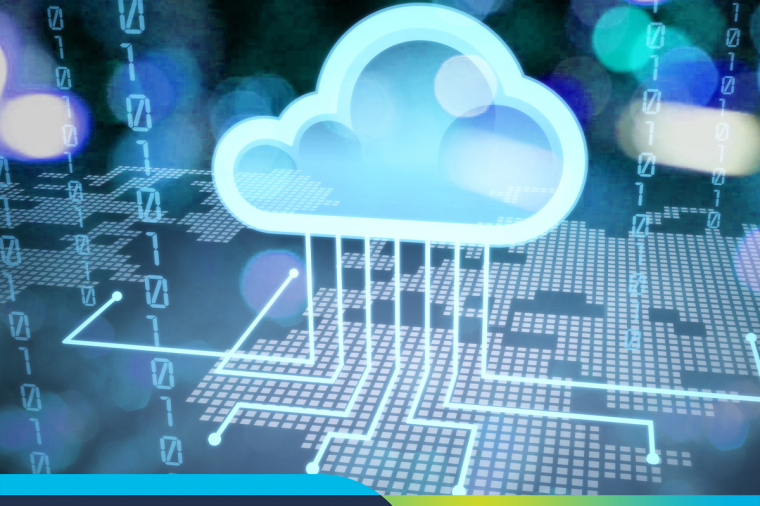 Cloud Migrations in the Public Sector: Why Understanding App Dependencies is Step 1

In its 2021 State of the Cloud Report, Flexera shared the results of a survey on cloud adoption and migrations across industries and types of organizations. The report confirms that cloud migrations are accelerating rapidly, as IT leaders grapple with the pressure to accelerate their modernizations while managing costs. And the public sector is no exception to this trend.
Ray Kalustyan 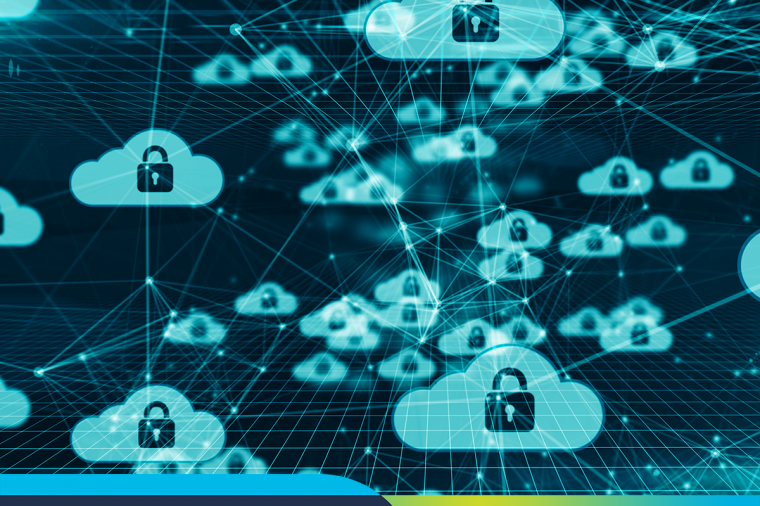 Four Considerations for Securing Your Workloads on AWS

As I.T. professionals, security needs to be at the forefront of everything that we do. Even in mature organizations with robust cloud deployments we must always believe there is room for improvement. Here are four considerations to make when evaluating the security of your AWS workloads.   How will you utilize your logging data?
Ricardo Dutton 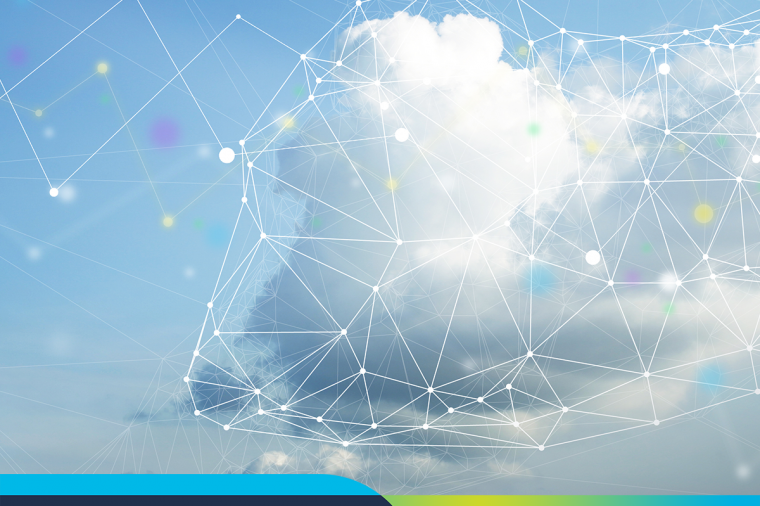 Strategizing Your Billing Approach Within AWS

Cloud billing can be a tedious and complicated task if not planned for correctly. If you do not have a well thought out plan on how to approach your AWS bill when charging back to various departments or projects, things can get messy when attempting to divide the bill correctly. In this article we will discuss three methods to make strategizing your approach ahead of time to make things much easier when it comes to invoice time.   Cost Allocation Tags
Josh Gazes 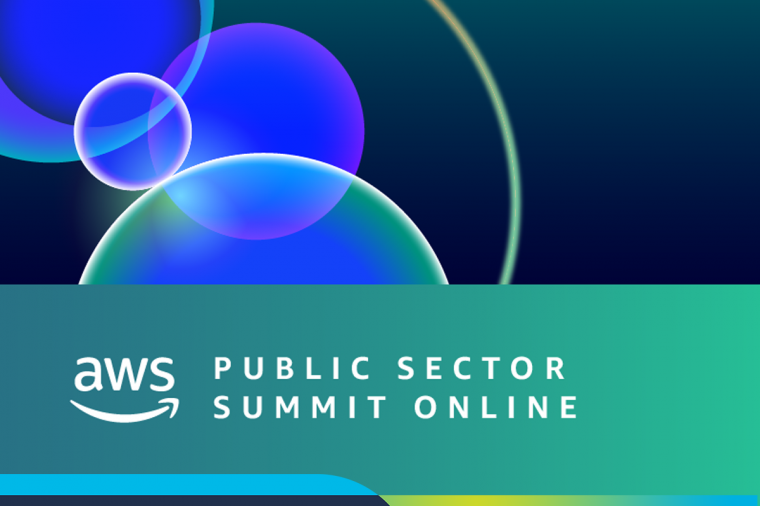 The AWS Public Sector Summit is less than two weeks away. This event brings the public sector cloud community together to connect, collaborate, and learn about AWS. This will be the second year in a row as a virtual event. If last year was any indication the event will be just as impactful as a virtual experience. DLT continues to be a proud sponsor and will be taking part in the day’s activities.
Zev Stern-Coder 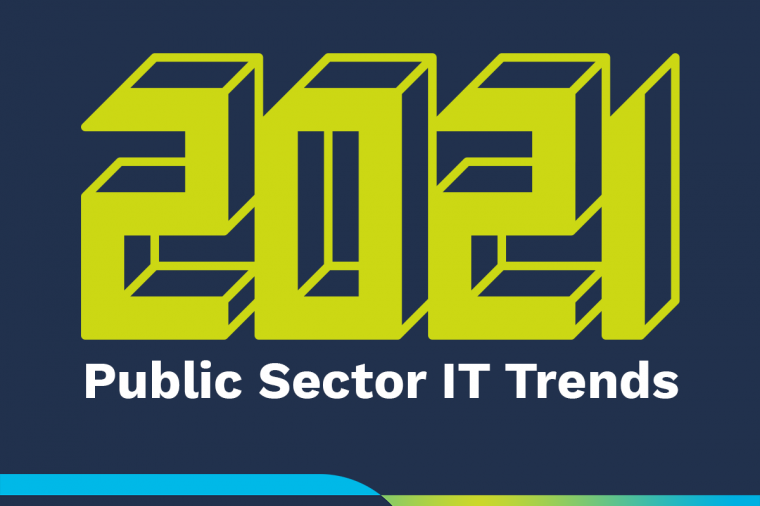 The Top 2021 Trends in Public Sector IT

2020 was a transformative year for public sector IT. Accelerated by necessity, agencies rapidly scaled and secured their digital ecosystems to accommodate a newly remote workforce. Against this backdrop, significant cybersecurity hacks revealed continued vulnerabilities in the federal supply chain and state and local IT infrastructures. Looking forward there is much work to be done. A new administration, new regulations and continued reliance on the cloud will shape public sector IT through 2021.
Brandon Norris 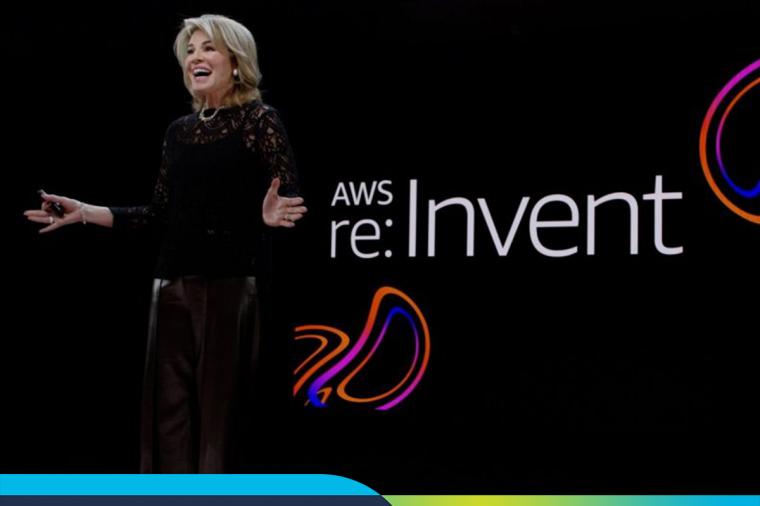 From Complexity to Clarity: The Strategic Value of AWS

Teresa Carlson, Vice President, AWS Public Sector held a leadership session, From complexity to clarity: The strategic value of AWS. Teresa’s breakout highlighted how crucial cloud technology has been for organizations. The AWS cloud provides the ability to respond quickly to the new reality brought on by the ongoing global crisis. Several AWS customers shared how they were able to solve some of the world’s most pressing challenges using the cloud. Furthermore, how they are driving impact around big ideas, discoveries, and turning points to solve some of the world’s largest challenges.
Zev Stern-Coder 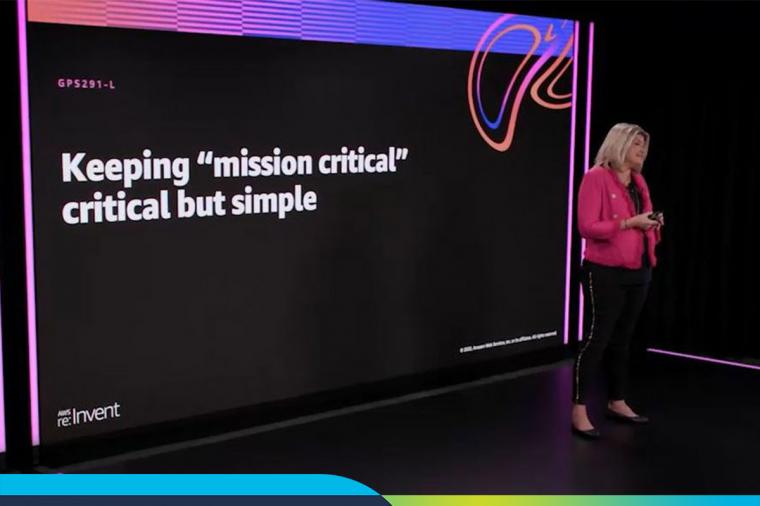 Sandy Carter, Vice President WWPS at AWS led a leadership session, Keeping “mission-critical” critical but simple focusing on the available AWS programs for public sector partners. These are specific programs that enable partners to focus on mission-critical work. Several partner success stories were shared with a special nod to DLT and the success with the NewBe program! The New Business Engagement (NewBE) Program provides additional monthly rebates for SLED customers that are 100% new to AWS.
Zev Stern-Coder 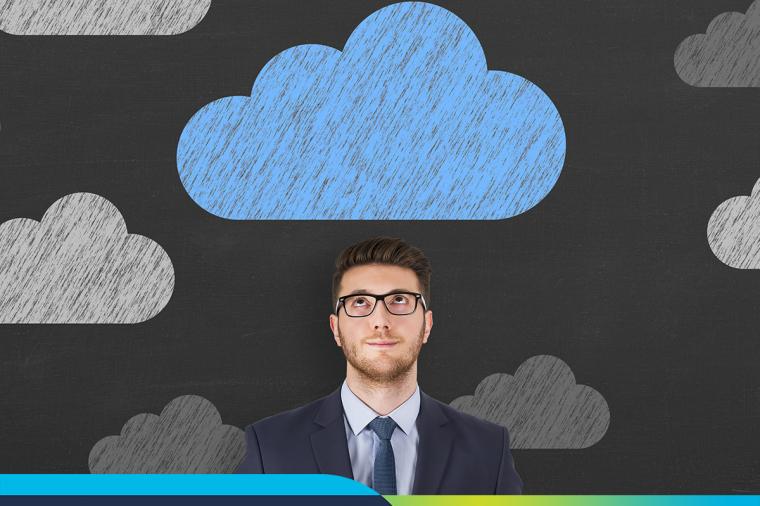 Overcome the Common Barriers to Developing an AWS Cloud Practice

Adoption of Amazon Web Service (AWS) in the public sector is skyrocketing. Today, approximately 6,500 agencies use AWS to accelerate innovation while balancing economy, agility, security, compliance, and reliability.  This represents a tremendous opportunity for technology product and services providers to sell and deploy cloud applications and solutions to public sector organization who are rapidly adopting the cloud.
Zev Stern-Coder 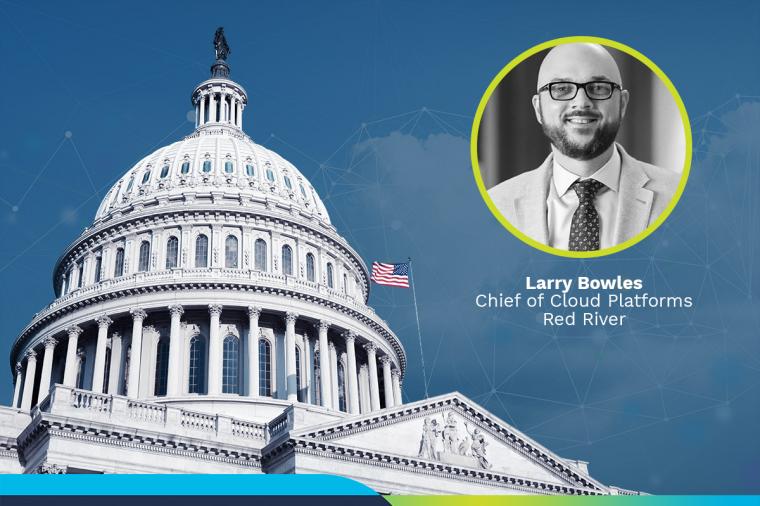 How Red River is Accelerating the Public Sector's Cloud Transformation 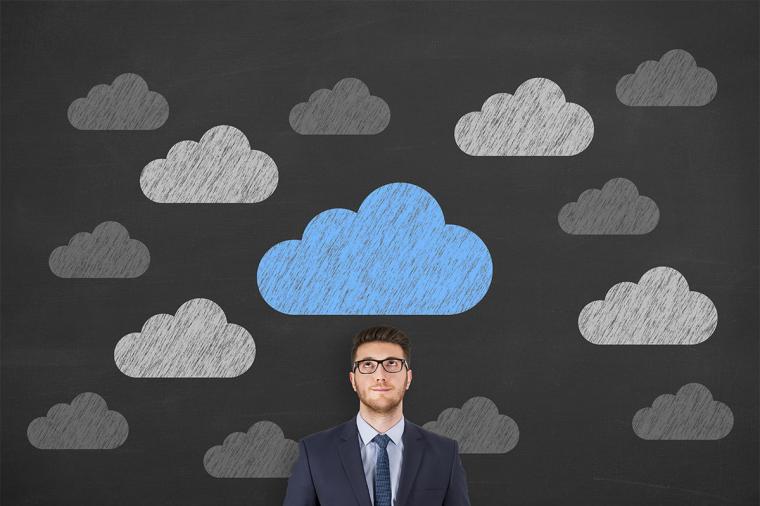 In previous years you would have ventured to our nation’s Capital to take part in the AWS Public Sector Summit. This year’s event – as you could imagine – was a virtual experience. Although I and my fellow DLT colleagues wished we could have been there in person, we really enjoyed our time at this year’s Summit. Much like what has been the theme of 2020, AWS had to adapt and innovate to these unprecedented times. They certainly rose to the occasion and put together a unique and valuable experience for their attendees.
Zev Stern-Coder 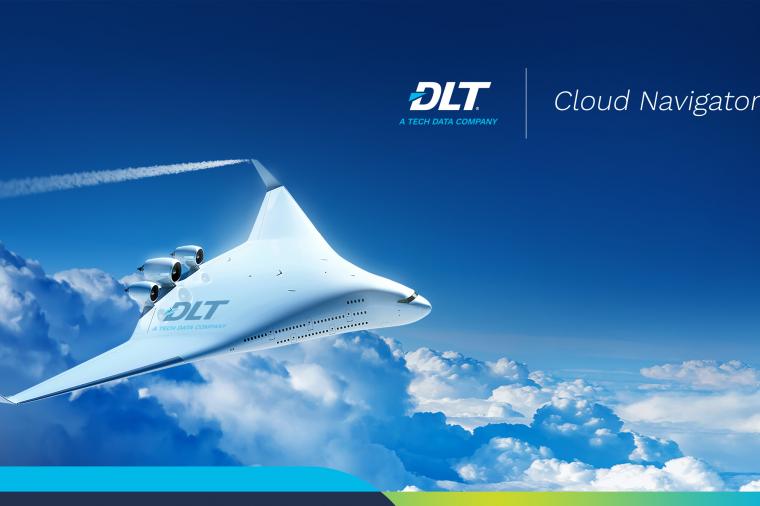 The delivery of technology, solutions, and services through the cloud brings a wealth of opportunities for the public sector. But for many of our channel partners, helping their government customers achieve their mission objectives via cloud services can be complex and challenging. And this can compromise business growth and profitability. That’s why we created DLT Cloud Navigator™.
Andre Van der Post 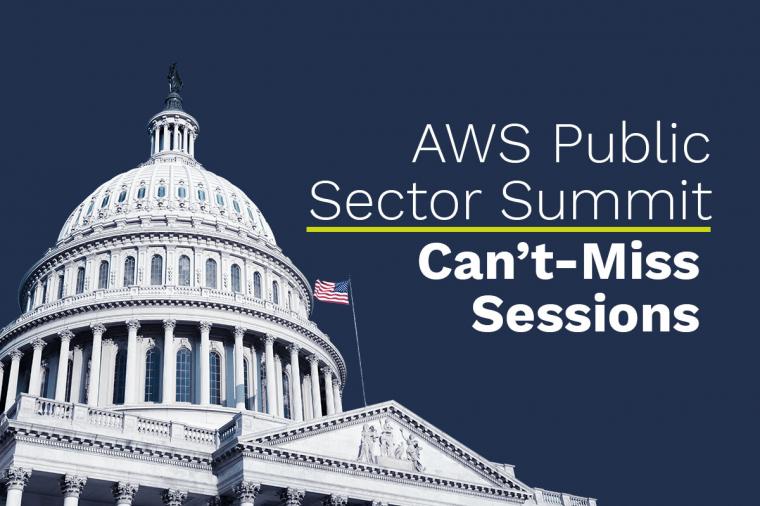 In less than two weeks the DLT team will be attending the annual AWS Public Sector Summit. Like other high-profile gatherings forced to adapt to the ongoing remote lifestyle, this year’s summit will be virtual. Even as a digital experience, I don’t expect this year’s event to be any less impactful.
Zev Stern-Coder 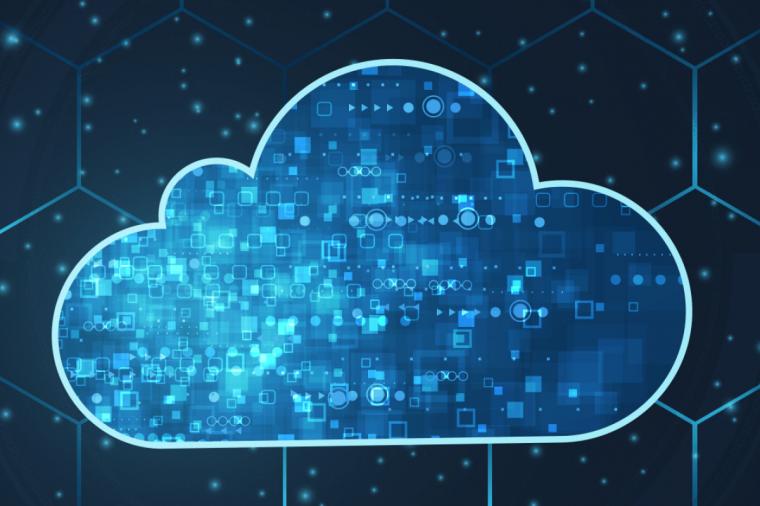 It has been 10 years since the U.S. government began warming to cloud computing, beginning with the federal Cloud First initiative in 2010 leading to today’s Cloud Smart strategy – a game plan for bringing processes and applications into a new hardware environment.But to take advantage full advantage of a cloud-driven ecosystem, the government must have more than just a cloud strategy. Agencies also need a data strategy.What is a cloud data strategy?
DLT Solutions 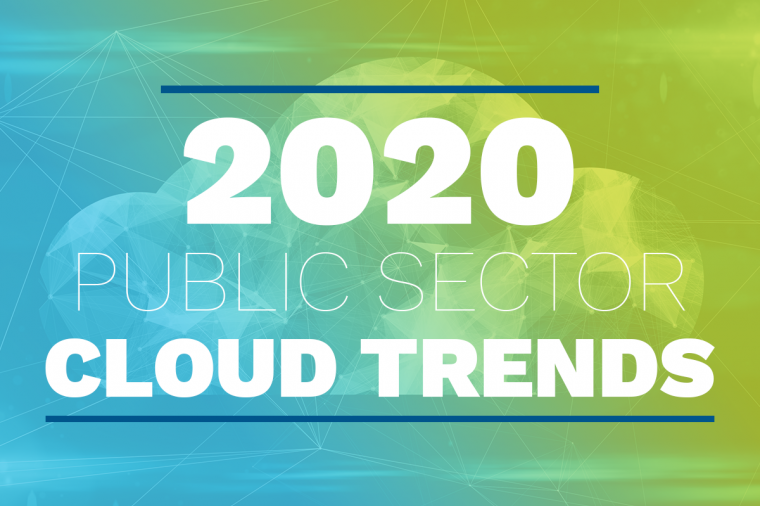 2020 Cloud Trends for the Public Sector

Hot off the heels of last week’s Amazon Web Services re:Invent conference, we sat down with DLT’s Chief Technology Officer, David Blankenhorn, to discuss the current state of the Cloud and what drivers will fuel more innovation and adoption for the U.S. public sector in 2020. There have been a few big agenda items for the cloud community to digest this year – what is the current state of U.S. public sector cloud adoption and usage?
DLT Solutions 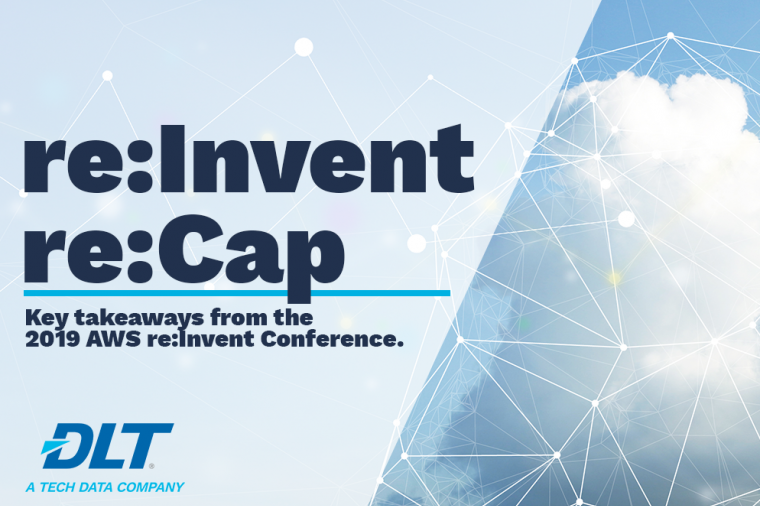 Every year, thousands of cloud enthusiasts, vendors and partners gather in Las Vegas for a week of learning and networking (and maybe a little downtime), all in the name of Amazon Web Services (AWS). This year was no different, and in excess of 65,000 people descended upon Las Vegas for the 8th annual AWS re:Invent conference: an event that continues to get better, and certainly bigger, every year.
Isabella Jacobovitz 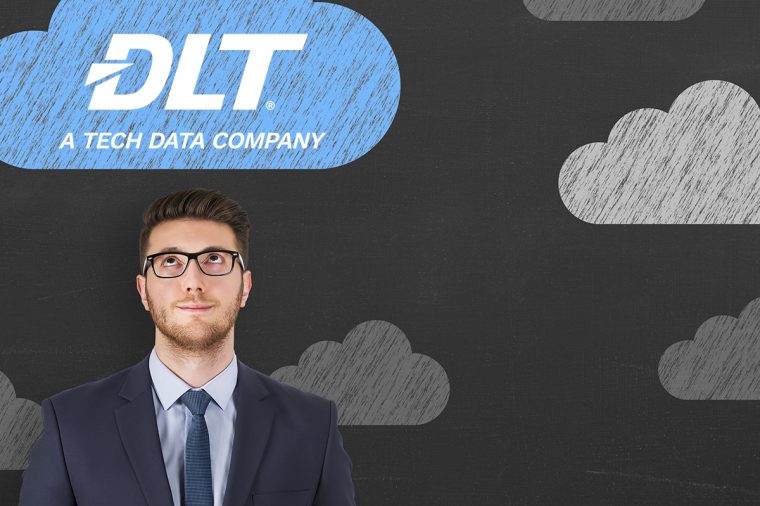 Too Many Cloud Deployments Fail, DLT Can Help

Although cloud adoption in government is growing, it can be a challenging technology to envision. Many cloud deployments don’t go as planned, take longer than expected to implement, or fail completely. In the private sector, studies suggest that 74% of those organizations that move an application to the cloud moved it back into their own infrastructure.
Caron Beesley