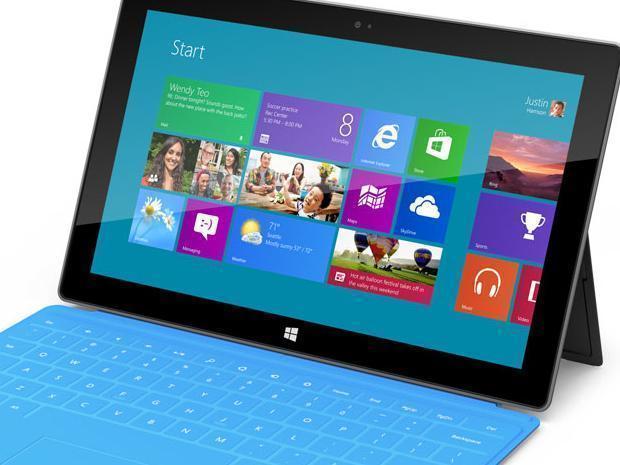 Apple created the consumer tablet industry with its revolutionary iPad and then dominated the market with the brilliant introduction of its AppStore and the integration of iTunes.

Google responded with the open source Android operating system and has gradually gained market share. Without an effective alternative from Microsoft, the iPad and Android based tablets gradually gained momentum in the commercial market despite the security and integration problems they created for IT staff.

Year over year comparisons from IDC, shows that market share for Android based tablets, from multiple vendors, has skyrocketed to a 28.2%.  Apple remains the largest single vendor but its share dropped by 14% last year.  Microsoft had completely missed the tablet market, particularly in the consumer market with a paltry 0.3% market share in Q2 2012.

Things began to change for Microsoft, however, with the introduction of Microsoft’s Windows 8 Surface, a full PC operating system designed to run on tablets and the rapid development of similar tablets by 3rd parties.

In the utilities industry, the single greatest concern is security. The ability to integrate tablets in the network environment using the identical technology that they use for their PC’s makes this an easy choice for IT staff.

The choice becomes simple for many organizations.

There are a limited number of “applications” available for Windows 8 tablets, however, these are not necessarily desired in a work environment where security and productivity are critical.  Simply having access to Microsoft Office is a significant benefit for the iPad.

From an application perspective, some old and new features in Windows 8 offer some unique opportunities for increase productivity:

Many pundits have relegate Windows 8 tablets to the irrelevant junk pile – the future belongs to iOS and Android. If we look at user comments on Amazon, 74% give the Surface Pro a 5 star rating. 85% rate it at 4 stars +.  Hardly an irrelevant product.  Alan Sugar, Chairman of Amshold Group, although not in the utilities industry is an early adopter of Window Surface tablets rates it highly.

In summary, the iPad is an industry standard loved by many users.  In the utility market, despite the widespread adoption of iPad and Android tablets, Window 8 based Surface tablets warrant serious consideration. For more information please contact us at autodesk-solutions@www.dlt.com. Lance's experience spans 30 years with firms including Autodesk (Local Government Industry Manager), Open Spatial USA (Director), Kanotech Information Systems (President) and Associated Engineering (Dept Head Water Resources). As an early Autodesk developer Kanotech was years ahead of the industry in developing spatial databases with products like GeoSQL. Portions of this technology were licensed to Autodesk and incorporated into AutoCAD Map.  Over the course of his career, Lance has delivered his consulting expertise in the areas of utilities (water, sewer, electric, and cable), oil and gas, transportation and public safety.

Most recently, he provided advice and hands on support in the integration of the customer information system, work order management system, lab system with spatial information store in Oracle to provide a horizontal view of a major utilities enterprise data. The design allowed for desktop, mobile and ulitmately digital pen technology into the architecture. 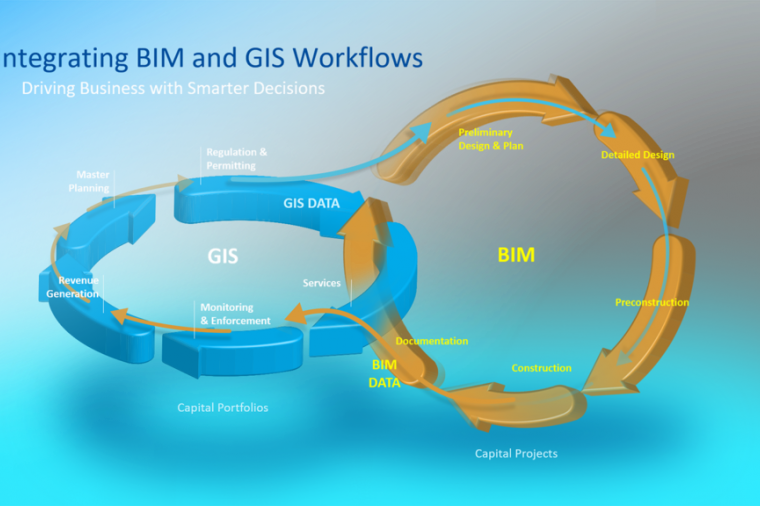 Digital Design Month: What the Autodesk and ESRI Partnership Means for Government Infrastructure

Late in 2017, Autodesk and ESRI announced a new partnership to “advance infrastructure planning and design”. The relationship was positioned as helping build a bridge between building information modeling (BIM) and GIS technologies. But what does the relationship mean for government infrastructure projects? Taking 3D Contextual Design to the Next Level
DLT Solutions 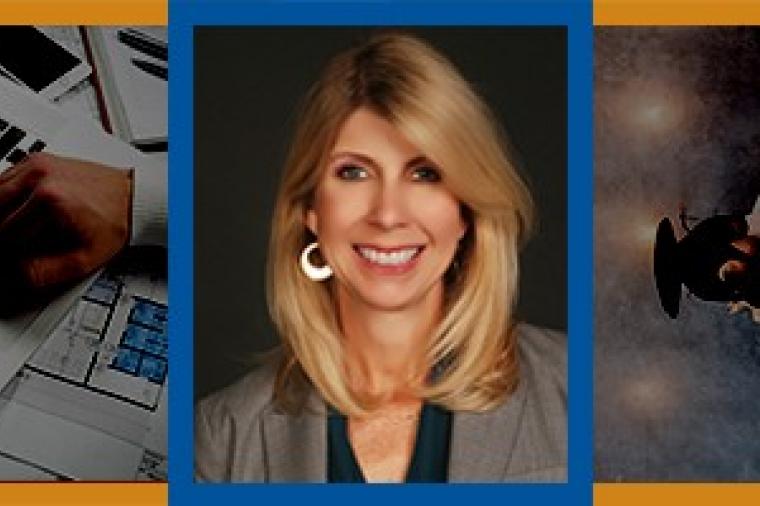 The holidays have arrived early to the government CAD community. Lynn Allen is coming to town and online in a city near you! DLT has partnered with everyone’s favorite Autodesk evangelist and tips and tricks queen to bring you a series of tech breakfasts and webinars. Starting this May and continuing over the next few months across the U.S., Lynn will share what’s new with AutoCAD 2019 (aka One AutoCAD) and dive into trends and happenings in the world of government digital design. Here’s what May has in store:
DLT Solutions 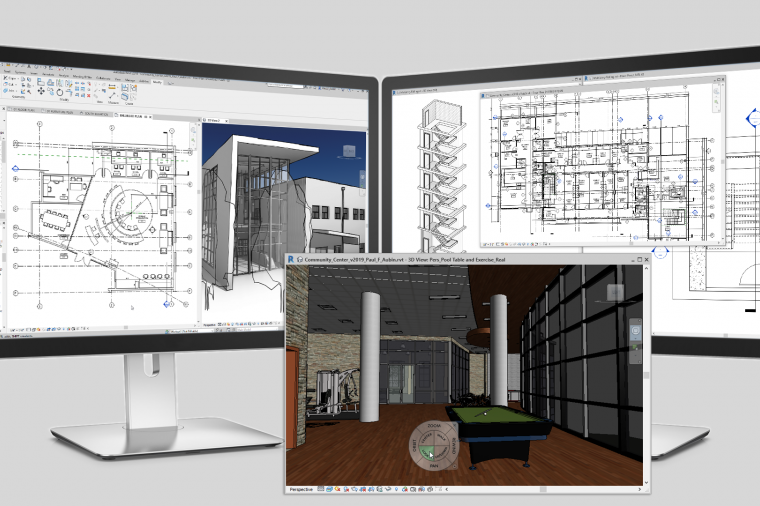 Revit 2019 is Here. It Has Everything You Asked For.

Aside from developing one of the sought after building information modeling (BIM) software in the industry today, you’ve got to hand it to the Revit product managers over at Autodesk—they listen.
Grace_Bergen 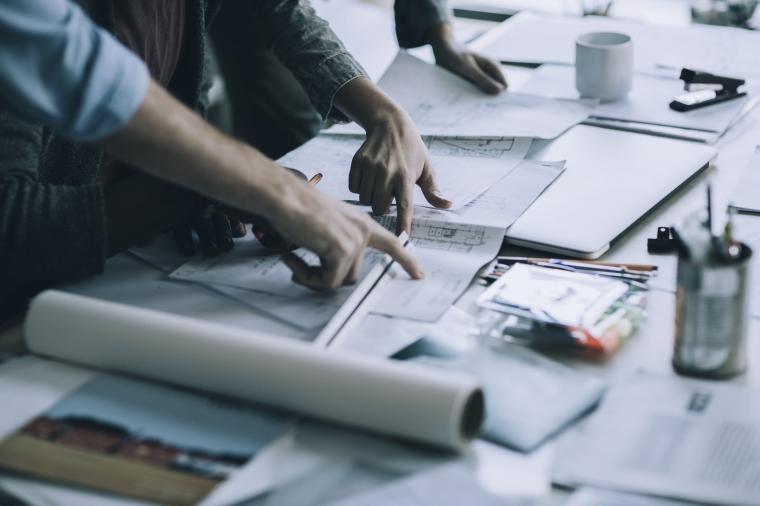 Video: The Pitfalls of a Non-Digital Design Workflow

Whether you’re a civil engineer, CAD manager, or anyone working on a digital design project, one thing is certain – you’re never the sole collaborator in the process. Contractors, AEC firms, field personnel, even facilities managers, have their hands in the mix too. And that creates a problem for version control and the potential for incorrect information in the field. How do you know you’re working with the most current information? If you’re using traditional non-digital workflows, it’s a problem you likely encounter once too often.
DLT Solutions 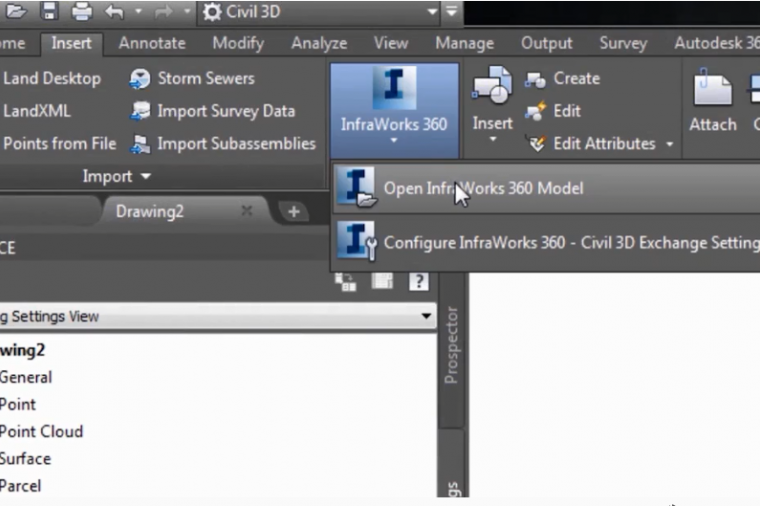 A Civil Engineering Love Match: How InfraWorks and Civil 3D Come Together

If you currently use Autodesk’s flagship civil engineering design software, AutoCAD Civil 3D, you may have heard about its close cousin, InfraWorks. InfraWorks is an infrastructure design software that supports BIM processes and helps designers and engineers work in infrastructure projects in a real-world context using cloud capabilities.
Grace_Bergen 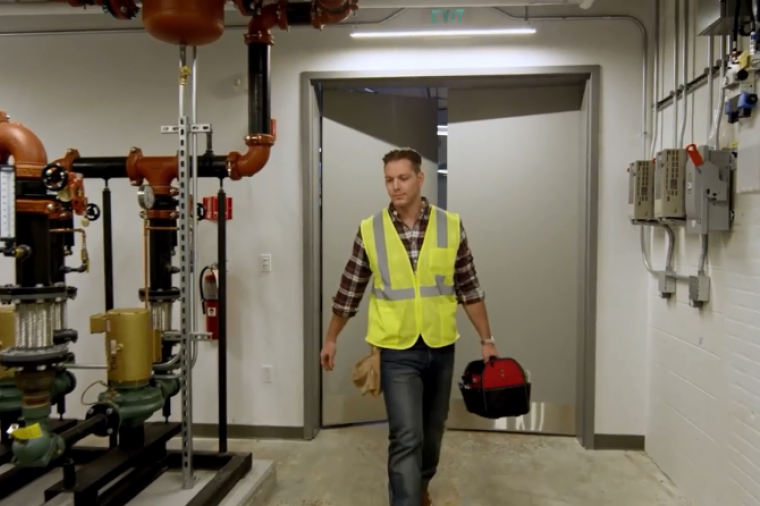 The use of building information modeling (BIM) data by building owners and facilities managers is on the rise, a survey by DLT partner, IMAGINiT Technologies reveals. Compared to 2016, the percentage of owners integrating BIM data into facilities management (FM) systems has increased by almost 9%. Yet challenges remain. Many organizations aren’t prepared or equipped to make the process and technology changes required for BIM adoption.
Grace_Bergen 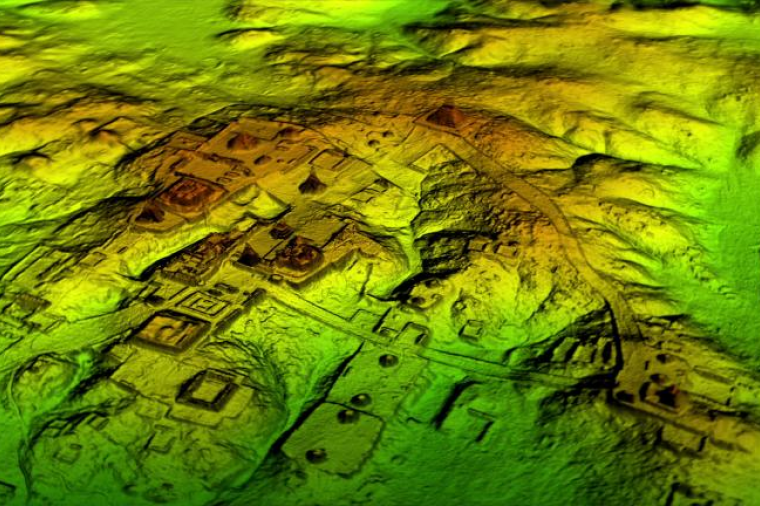 Archeological surveys in untouched areas are tricky at the best of times. Vegetation and trees must be disturbed, heavy equipment is brought in, and the results can still prove inconclusive or fruitless. But thanks to laser technology, that’s all changing. LiDAR (aka Light Detection and Ranging technology) is helping archeologists champion scientific research without disturbing the natural habitat.
Grace_Bergen 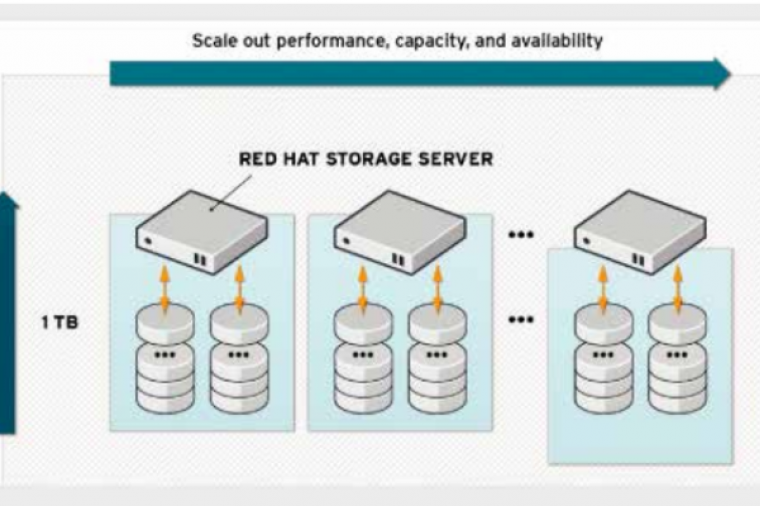 Scale-up vs Scale-out Architecture, How is Your Organization Currently Scaling It's Storage Needs?

Traditionally, organizations world-wide have utilized Scale-up architecture when it comes to storage. What does this mean? Traditional scale-up architecture utilizes a dual-controller set-up, and adds storage drives as needed to increase storage capacity and performance. Run of storage, add another shelf. Seems pretty straight forward right? Run out of performance, not so straight forward...
SBiesenbach 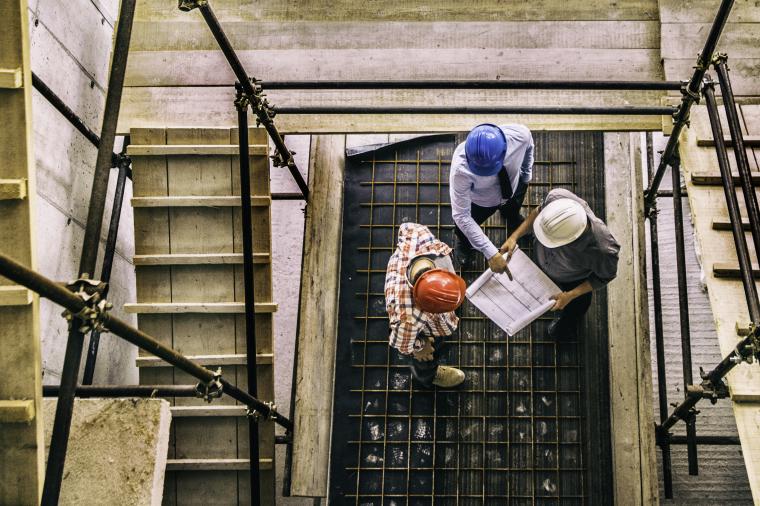 A few years ago, Autodesk launched its cloud strategy. A commitment to bring cloud-based solutions to all of its vertical industry offerings. A core cloud offering, BIM 360 is a cloud-based design collaboration tool for the building and construction. It represents a shift from the “modeling” to the “information” phase of BIM – Autodesk calls it “Connected BIM”. BIM 360 connects design and construction across the project lifecycle using intuitive, linked workflows.
Grace_Bergen 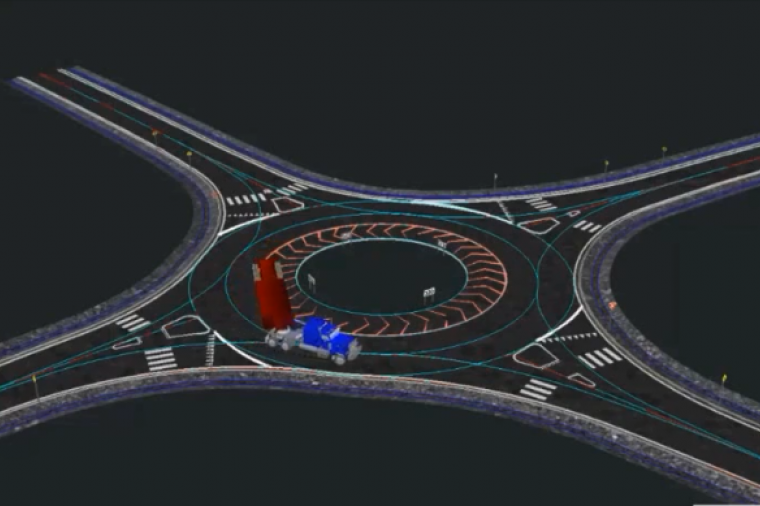 When it comes to transportation and site design projects, they all have one thing in common – when finished they need to accommodate a variety of different vehicles, from cars to fire trucks, airplanes to school buses. As a result, it’s important that these vehicle maneuvers be analyzed and incorporated throughout the entire design process. Autodesk Vehicle Tracking (AVT) can help.
Grace_Bergen 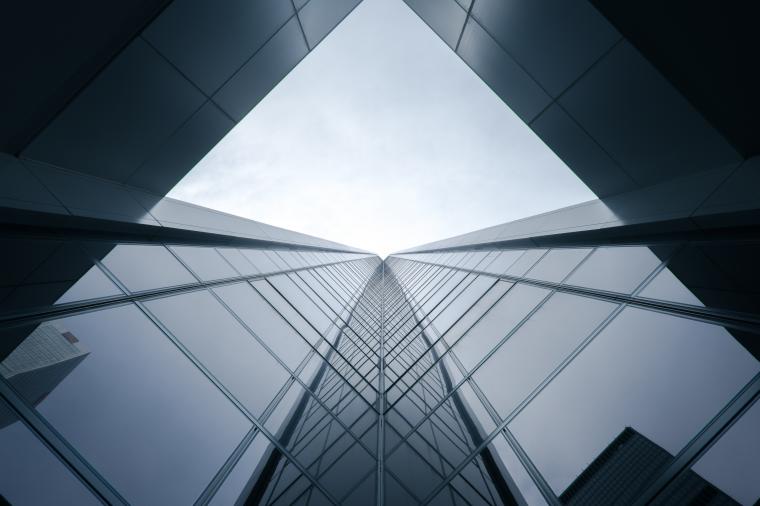 Perhaps you’re considering BIM for your next agency or department’s next building, facilities management, or civil infrastructure project. But what’s the best way to make sure you get full value from your investment in BIM?
Grace_Bergen 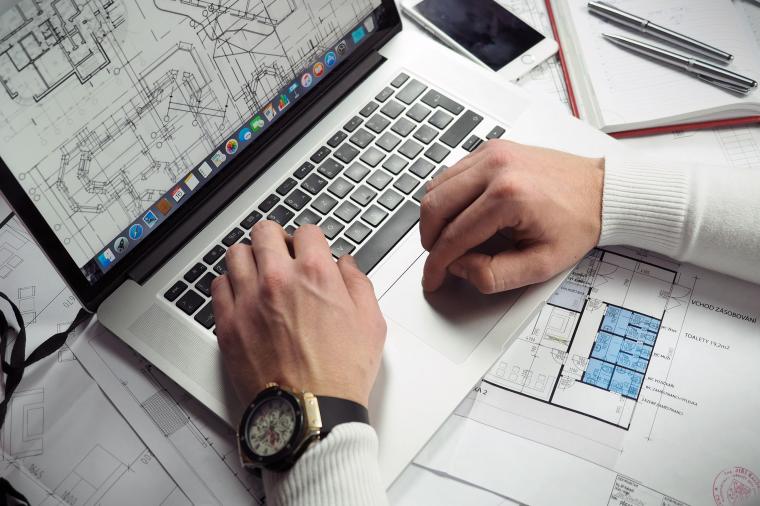 Did you make it to Autodesk University (AU) this year? There was a great deal of buzz about infrastructure and the ways in which, in the words of Autodesk’s Theo Agelopoulos, “we can develop more sustainable and resilient infrastructure yet optimize their operations and longevity”. But there were also some great breakout sessions on all things civil infrastructure design, engineering, and construction – many of which are now available to view online, for free!
DLT Solutions 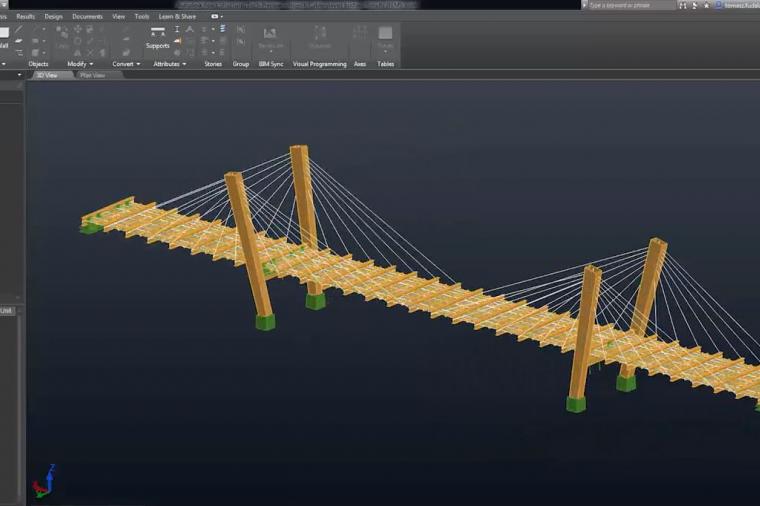 Autodesk has just launched a public preview of Autodesk React Structures, a new structural analysis platform designed for those who are using BIM workflows. The preview was announced at the NCSEA's Structural Engineering Summit in Las Vegas on October 2 and is a significant one. Why?
Caron Beesley 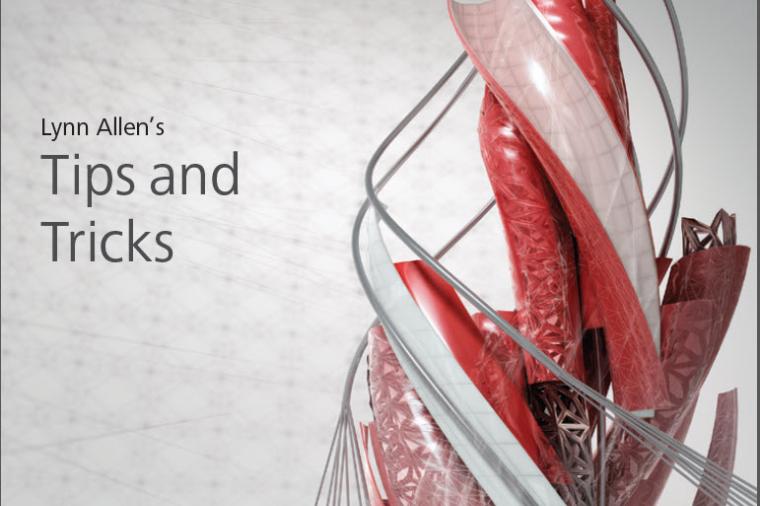 Everyone's favorite AutoCAD expert and evangelist, Lynn Allen is coming to Washington, D.C. later this month for a very special government breakfast seminar. If you're in town or the surrounding Metro DC area, reserve your seat now for July 28th from 8.00 - 11.30 AM at the Washington Marriott at Metro Center.
Caron Beesley 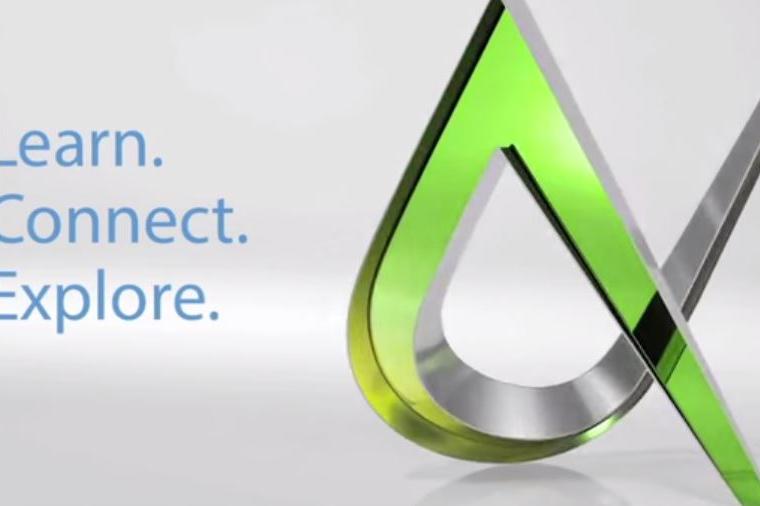 Whether you made it to AU 2014 in Las Vegas or not, you won't want to miss the over 200 sessions that are now all available online! Check out the opening keynote for a look at the trends and forces shaping the future of digital design, then browse through the sessions by topic, featured product or industry. Check out AU Online today.
Caron Beesley 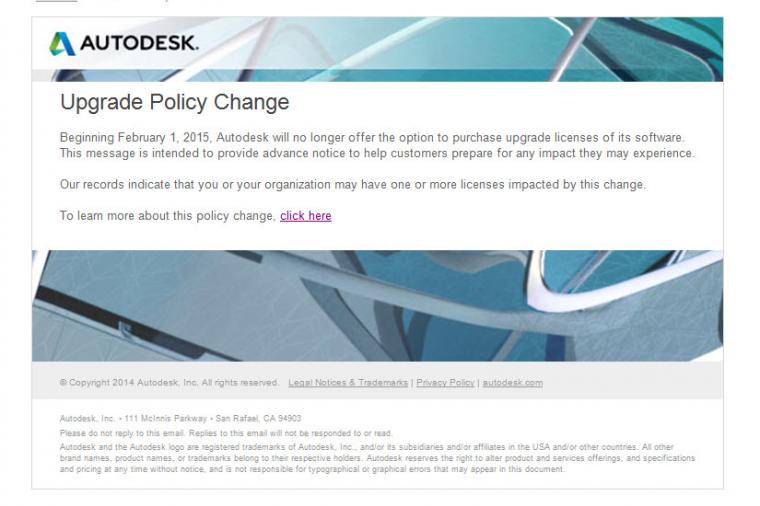 If you’re a user of Autodesk software, listen up. As of February 1, 2015, your options for upgrading that software to the latest release are changing. To learn more about the upgrade changes, who it impacts, and what your options are, download How Autodesk Upgrade Policy Changes Affect Government Users. In the past, Autodesk customers enjoyed discounted pricing on new releases, making upgrades a relatively accessible option. However, starting next year, these upgrade discounts are going away.
Caron Beesley