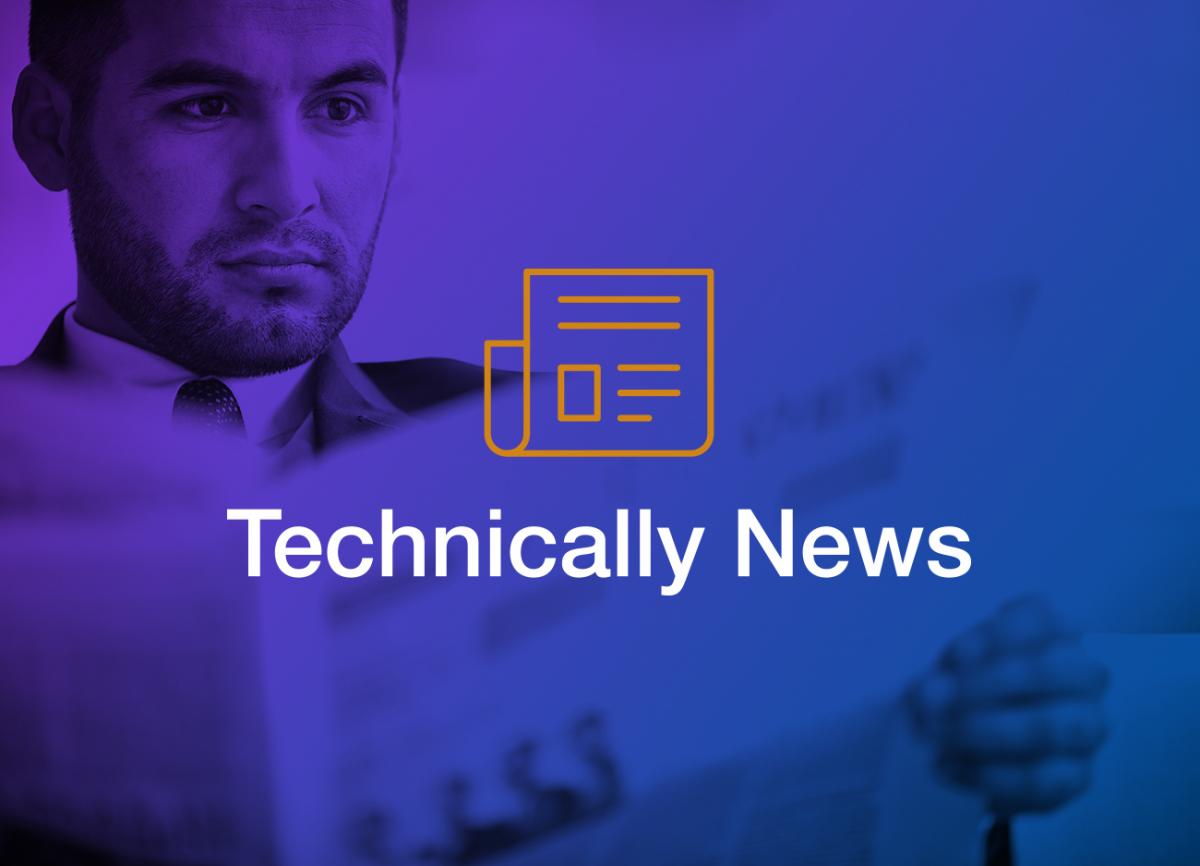 In a joint blog post, federal chief technology officer (CTO) Tony Scott and special assistant to the president and White House cybersecurity coordinator Michael Daniel announced Brig. Gen. Gregory J. Touhill as the first ever federal chief information security officer (CISO). Touhill is well equip for the job, serving as deputy assistant secretary for cybersecurity and communications in the Office of Cybersecurity and Communications at the Department of Homeland Security. He will report to Scott as part of the Cybersecurity National Action Plan (CNAP). For more information, go to The Hill.

Many organizations are still struggling to embed security into all processes, says Trend Micro security research VP Rik Ferguson. Organizations also struggle to understand who owns responsibility in the cloud. Microsoft technology officer Michael Wignall warns that a lack of understanding of what cloud providers are responsible for can get companies in trouble. Rather, cloud consumers need to understand exactly what service level they are buying and what the regulatory requirements are. Read more on ComputerWeekly.com.

451 Research predicts that 60 percent of workloads will be running in the cloud by 2018, however InfoWorld has its doubts. Considering the human and budget limitations, as well as the amount of time that goes into migrating workloads to the cloud, InfoWorld’s David Linthicum predicts instead possibly a slow-down in cloud migration. There are fundamentally going to be workloads that don’t make sense to migrate, so he predicts that the cloud will grow 48 percent or less by 2018. InfoWorld has the full story.

The recent DNC hack, as well as others, has homeland security on high alert, and Lisa Monaco, the assistant to the president for homeland security and counterterrorism assures the country that the U.S. has a framework in place to respond to nation-state attacks. Various levels of support against threats include diplomatic, law enforcement, intelligence and military. With the assistance of the FBI and intelligence agencies, the U.S. is able to determine where the threats are coming from and how to prevent them from intruding into public and private U.S. systems. See more at FCW. 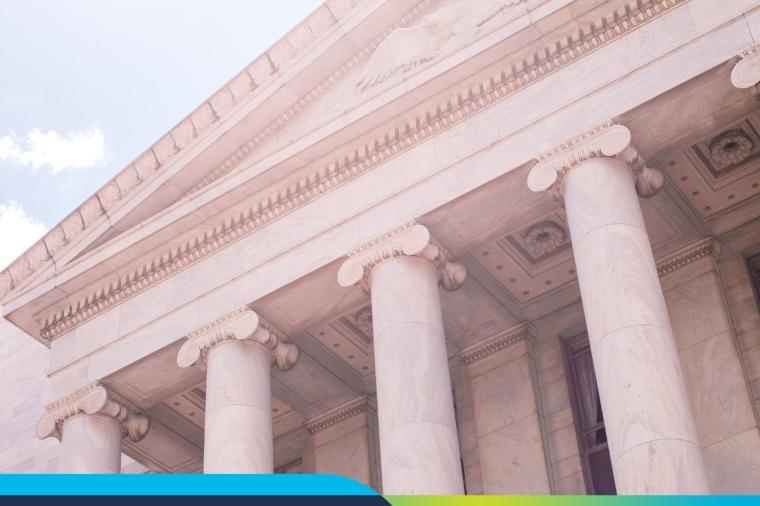 Get the Latest FITARA Scorecard: Sales Opportunities and Key Takeaways

Federal Pain Points and IT Requirements The latest Federal Information Technology Acquisition Reform Act (FITARA) Scorecard, released in December 2021, highlights how federal agencies are faring across several areas related to IT modernization. The full breakdown from the scorecard is available here. These scorecards are useful to identify where government agencies are struggling and where they are doing well. Consequently, technology vendors and channel partners can use them as a guide for identifying what solutions their customers need.
Dawit Blackwell 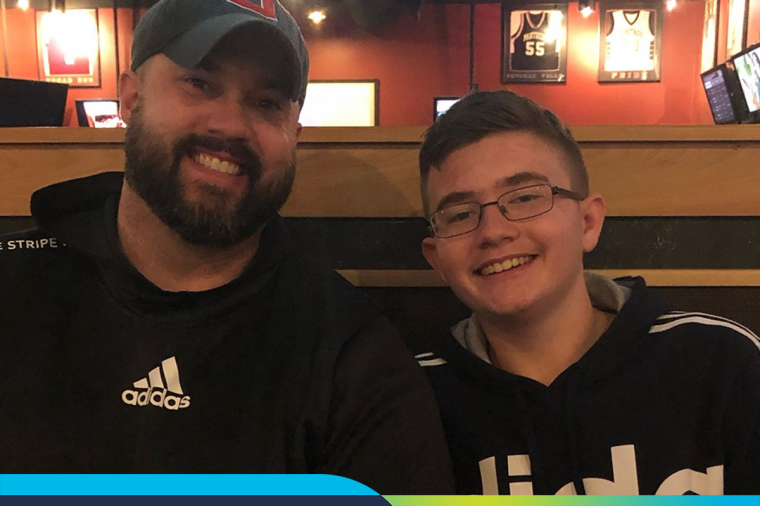 DLT's Josh Tehan has experienced every parent’s worst nightmare – being told your child has cancer. His son, Ethan, who is now cancer-free, was diagnosed with acute lymphoblastic leukemia (ALL) at the age of 3 and underwent three years of chemotherapy.  Now that Ethan is living the life of a typical, healthy 15-year-old, his dad wants to help other children and parents going through blood cancer treatment by raising money for the Leukemia and Lymphoma Society (LLS).
Brandon Norris 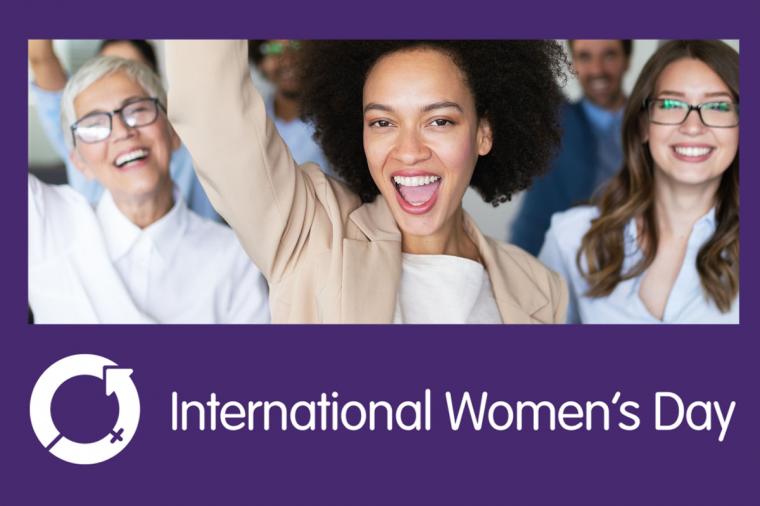 Each for Equal this International Women’s Day (and beyond)

“Equality is not a women's issue, it's a business issue. Gender equality is essential for economies and communities to thrive.”   Today, we at DLT are joining millions across the globe in observing International Women’s Day (IWD): a day to celebrate the social, economic, cultural and political achievements of women, and is a notable call to action to accelerate gender equality.
Isabella Jacobovitz 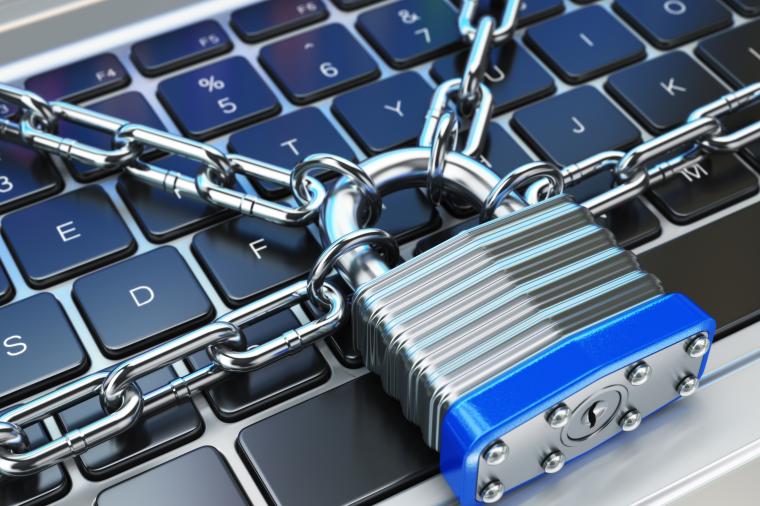 Shortly after the federal government suffered it’s largest and costliest data breach ever at the Office of Personnel Management (OPM), a post-mortem analysis found that the breach was entirely preventable, and the exfiltration of security clearance files of government employees and contractors could have been prevented through the implementation of two-factor authentication for remote log-ons.
BradleyGernat 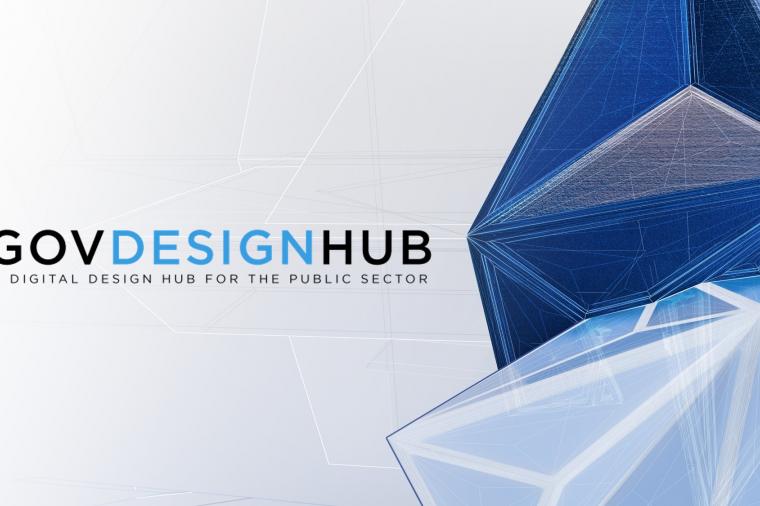 Meet GovDesignHub: At the Crossroads of Public Sector and Digital Design

The CAD and digital design sector is vast and growing at breakneck speed. It’s expected to reach $11.21 billion by 2023. Many end-use industries such as automotive, aerospace, entertainment, industrial machinery, civil and construction, electrical and electronics, pharmaceutical, and healthcare, consumer goods, and others, widely use CAD and 3D design-based tools in their development processes.
DLT Solutions 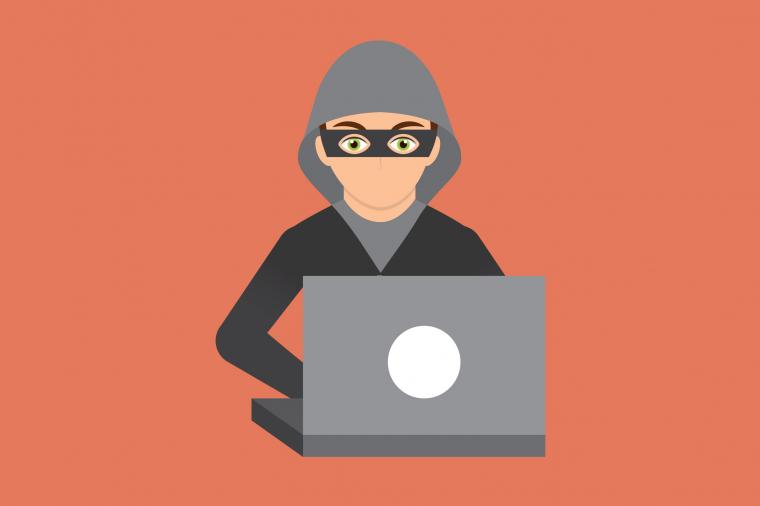 Symantec’s 2018 Internet Security Threat Report is here. Based on data collected by Symantec’s massive security infrastructure (the largest civilian threat collection network in the world), the report has become the de facto standard for giving enterprises and public organizations essential information to help secure their systems effectively. By the nature of the topic, the report isn’t an easy read. Expect to be perturbed. However, the insights provided into today’s rapidly evolving threat landscape are invaluable.
DLT Solutions 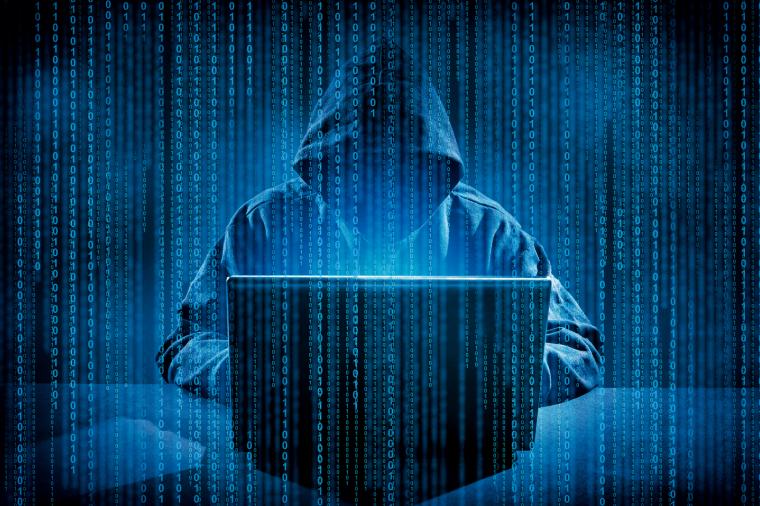 After Atlanta SamSam Ransomware Attack, Learn How to Better Protect your Agency

Another day, another government ransomware victim. On March 22nd, 2018, the city of Atlanta found itself locked out of computers across government offices and facing a ransom demand of $51,000 or $6,800 per computer, GCN reported.
DLT Solutions 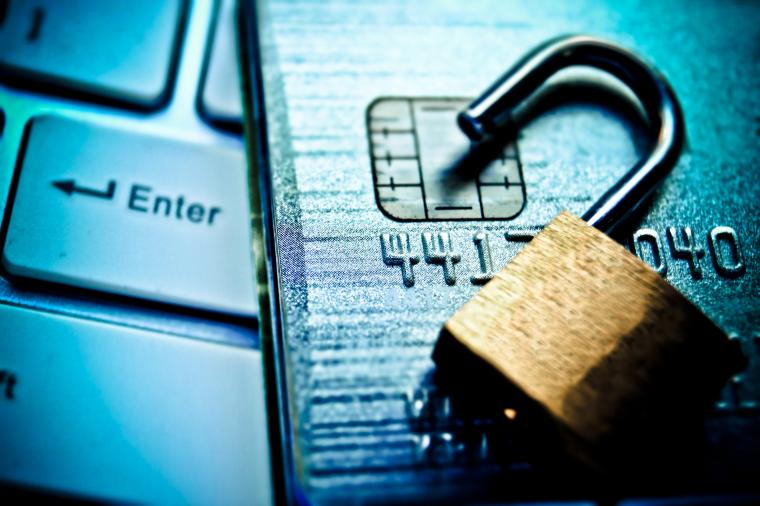 Breakthrough in Ransomware Prevention is Good News for Government Agencies

Ransomware is quickly becoming the favored means for criminals to extract a profit from unsuspecting villains – most notably in the public sector. Throughout 2017 ransomware grabbed the headlines – WannaCry, Petya, etc. – both of which targeted government agencies. When they succeed the implications can be serious.
DLT Solutions

Declining Spending Begins to Bounce Back with Rising Budgets Over the past six years, we’ve seen a decline in government spending. But recently, there was been an increase in contract spending that is predicted to continue into fiscal year 2017. According to a study by Bloomberg Government, 60 percent of government spending is consistently on services; knowledge-based services, facility-related services, and technology services. The largest product spending is on technology equipment, with aircraft spending in second.
MayaSmith

NSA Use of Software Flaws for Hacking Posed Risk to Cybersecurity Recently, the Nation Security Agency’s (NSA) hacking tools were leaked to the public, exposing many vulnerabilities across the internet and putting companies at risk of data breaches. Many say that the NSA should have disclosed each vulnerability as soon as they discovered it so that they could be fixed. Software vendors like Cisco, Juniper and Fortinet are actively working with their customers to ensure that any flaws in their systems are fixed immediately.
MayaSmith

DNC Creates Cybersecurity Advisory Board Following Hack Following the WikiLeak email dump right before the Democratic National Convention (DNC), the Democratic National Committee is creating a cybersecurity advisory board consisting of four industry experts. The board will be responsible for preventing future attacks on the DNC and making sure its cybersecurity capabilities are up-to-par. The committee will also ensure that those whose data was stolen will be protected so that further information from their accounts does not get leaked.
MayaSmith

The Most Critical Skills Gap: Cybersecurity Since Target’s hack back in 2013, cybersecurity has been top of mind for organizations, especially those with sensitive information. However, the talent pool of those who are skilled in intrusion detection, secure software development and attack mitigation is not growing at the same rate as the demand. Many reasons contribute to this disconnect, including a lack of training in higher education and a 53% increase in need.
MayaSmith

Can Cybersecurity Insurance Improve Threat Management? Following the Brussels, Belgium terrorist attacks back in March, the U.S. House Homeland Security Cybersecurity Subcommittee met to discuss cyberinsurance and how to better promote cybersecurity best practices in general. Many are still questioning whether cyberinsurance will help solve the problem of threat, but the Department of Homeland Security believes it can, by acting as an incentive for better security practices within agencies.
MayaSmith 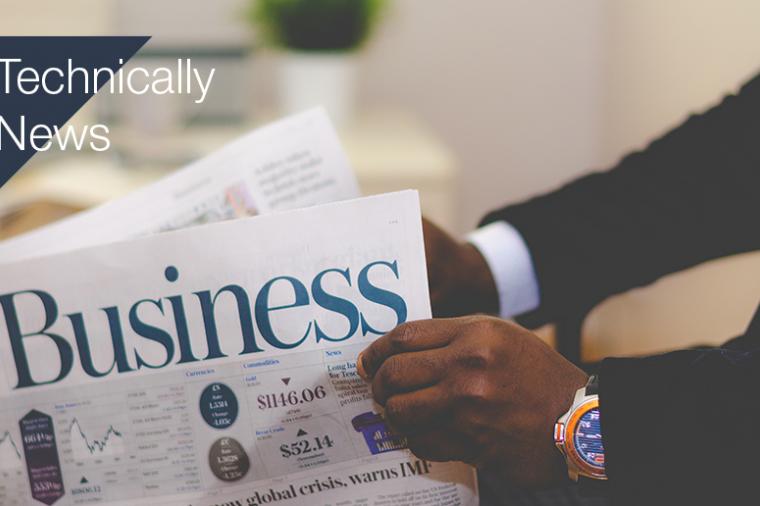 Why Small Bites Make Sense for Cloud Karen Petraska, service executive for computing services at NASA, spoke at last week’s AWS Public Sector Summit about taking small bites before fully committing to the cloud. Trial contracts, for one, are an easy way to slowly introduce the cloud into your environment while still leaving room to expand and adjust accordingly. Petraska also discussed NASA’s use of “non-specific ordering,” which allows NASA employees to use a refillable card when buying cloud services.
MayaSmith

3-D Government: How Will Augmented Reality (AR) Disrupt the Future of Technology? Augmented reality and virtual reality are coming back into the news with a pair of glasses made by OTOY, similar to Google Glass. Unlike Google Glass however, media outlets are saying that these glasses may change many aspects of our daily life, including how we interact with our local governments. It allows for more opportunities to collaborate, train and simulate in both the public and private sector.
MayaSmith

Experts Split on the Federal Cyber Sprint Recently, a survey conducted by the International Information Systems Security Certification Consortium and KPMG was released at the (ISC)2 Conference and revealed opinions on the federal cyber sprint. Out of 54 executive-level government officials, 52 percent agreed that the cyber sprint had not enhanced overall security for federal information systems. With many new mandates and requirements being put on the plates of government agencies, they felt overwhelmed by yet another project to focus on.
MayaSmith 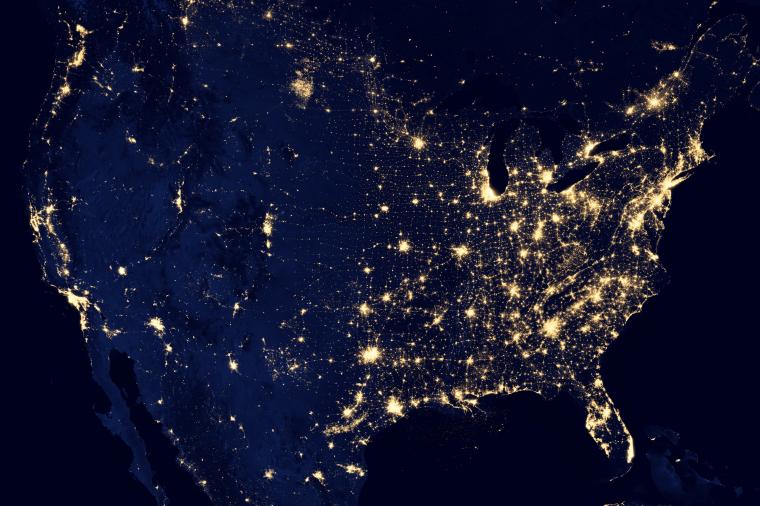 When a longtime customer was looking to modernize its legacy Human Capital Management (HCM) system, they turned to DLT Solutions, US Communities and Oracle to make the procurement fast and easy. Check out this video of the Kansas City Board of Public Utilities’ Director of IT, Paul Pauesick, discussing how he and the agency are, “looking to save around $1.8M in the next five years,” by moving to the cloud.
SamRosenberg 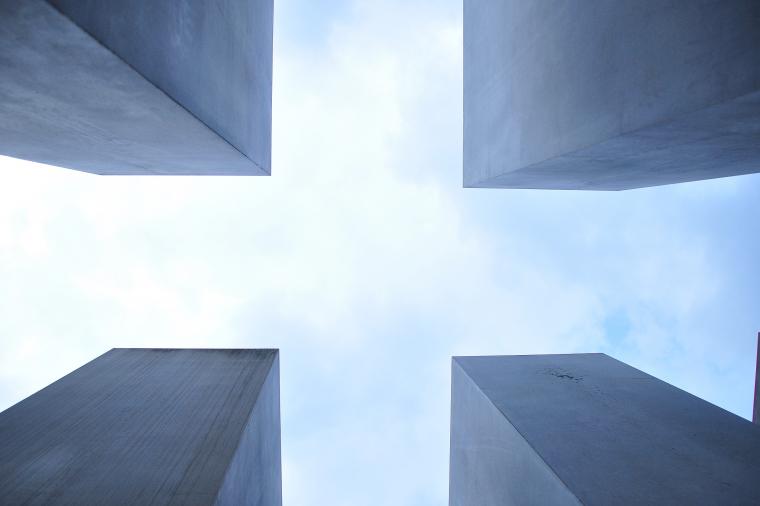 DC on Track to Meet Sustainability Goals thanks to Data-Rich City Models Washington, D.C. is on a mission – to become the greenest, healthiest, and most livable city in the U.S. by 2032 as outlines in the Sustainable DC 2032 plan.
Caron Beesley 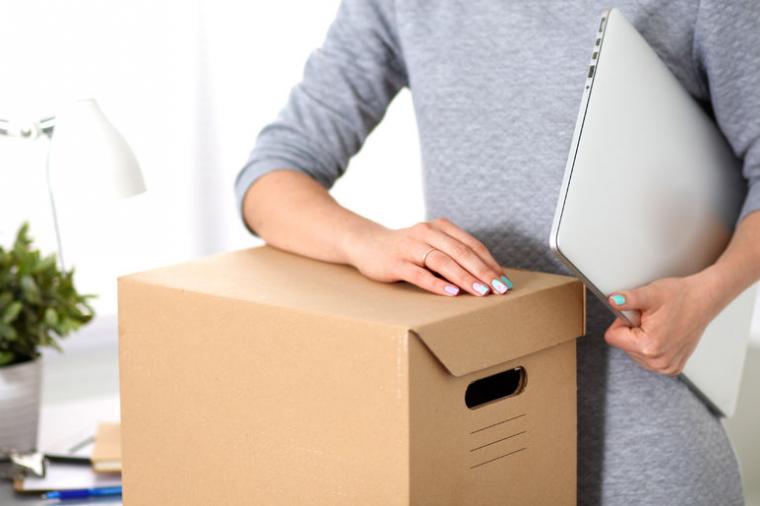 Our Blogs are On the Move

For over 10 years, Acronym has been the go to, and only source of digital design content exclusively written with the government reader in mind. Our longevity and access to up to the minute industry news is down in large part to our sponsor, DLT Solutions. DLT is an Autodesk Master Government Reseller and expert in helping federal, state and local governments get the software, education, and services they need to implement the industry’s best digital design software.
Caron Beesley 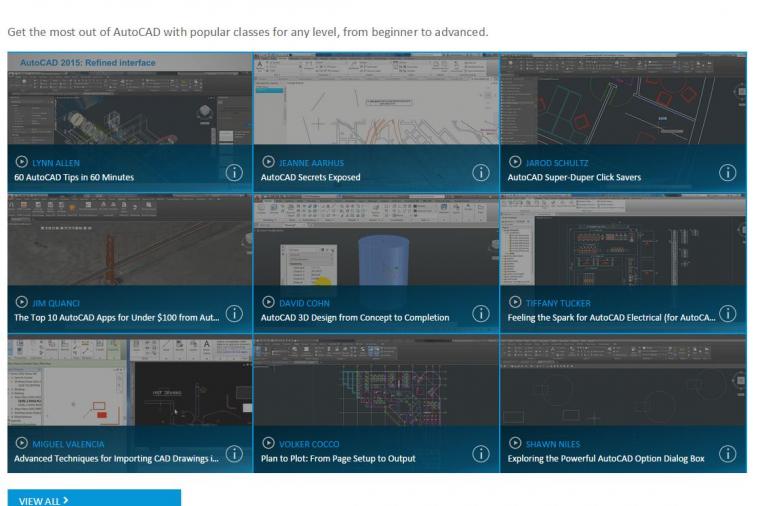 DLT is now an official SEWP V contractor. Yes, SEWP V is served! Effective May 1, DLT was awarded not one but two SEWP V, IDIQ/fixed-firm price contracts by NASA under Group A and D. This means federal buyers and their contractors now have an easier way to procure a wide variety of technology solutions – backed by the operational excellence and fast, flexible and responsive service you expect from DLT.
Caron Beesley